Acer’s Nitro 50 desktop is designed to offer strong 1080p gaming and productivity performance in a compact, quiet form factor. We’ve been testing a £1200 configuration of this machine for the past two weeks, and now we’re ready to share our impressions, test results and research findings. Let’s get started.

The Acer Nitro 50 is available in a wide range of configurations, so let’s get specific. We’re testing the Nitro 50-100, which in our case is equipped with the following specifications:

It’s an interesting spec sheet for sure, with the standouts for me being the Ryzen 7 2700 processor and the single stick of DDR4 RAM.

This processor has sixteen threads, making it a strong choice for productivity workloads like video rendering, while also being a relatively good performer in recent games. However, an Intel equivalent at a similar price point, such as the Core i5 9600K, would boost frame-rates by a significant margin.

Ryzen CPUs also seem to greatly benefit from dual-channel memory (and fast RAM too!), so this is another potential hindrance to gaming performance. However, at least this is relatively easy to fix after purchase if desired, bringing the PC’s total up to a comfortable 16GB with the addition of a second stick.

However, as we mentioned earlier, there are plenty of configurations for the Nitro 50. I would recommend this build for productivity tasks, especially with two sticks of RAM, while I would suggest choosing an Intel processor if you’re primarily going to be gaming.

Components: value for money and alternatives

If you try to construct a similar Mini ITX system on PCPartPicker, the total comes to £960. That’s about £240 less than Acer are asking, although it doesn’t take the labour costs of building and testing the system into account. It’s also worth keeping in mind that the Nitro 50’s case is an Acer exclusive, so a similar small form factor case is used instead.

If you consider building your own PC a viable alternative, you can get more for your money without giving up the major features of this build. For example, we constructed this system for £915 on PCPartPicker. Add in a GTX 1660 Ti, released a few days ago (and therefore not added to PCPartPicker yet!) and we’re at £915 + £260 = £1175. That means we have a little left over to upgrade other components or to pay a friend to help with building the rig.

The alternative build includes a faster Ryzen 7 2700X processor, twice as much RAM in dual-channel mode and a significantly better GPU for 1080p and even 1440p gaming. The 256GB SSD and 1TB HDD setup is replaced with a single 1TB Crucial MX500 SSD; more HDD storage could be added later for £25/TB if desired. For better gaming performance (but fewer threads), we could also opt for a Core i5-9600K instead of the Ryzen 7 2700X, saving nearly £50. Overall, either self-build is far stronger than the Nitro 50, while still using compact components. 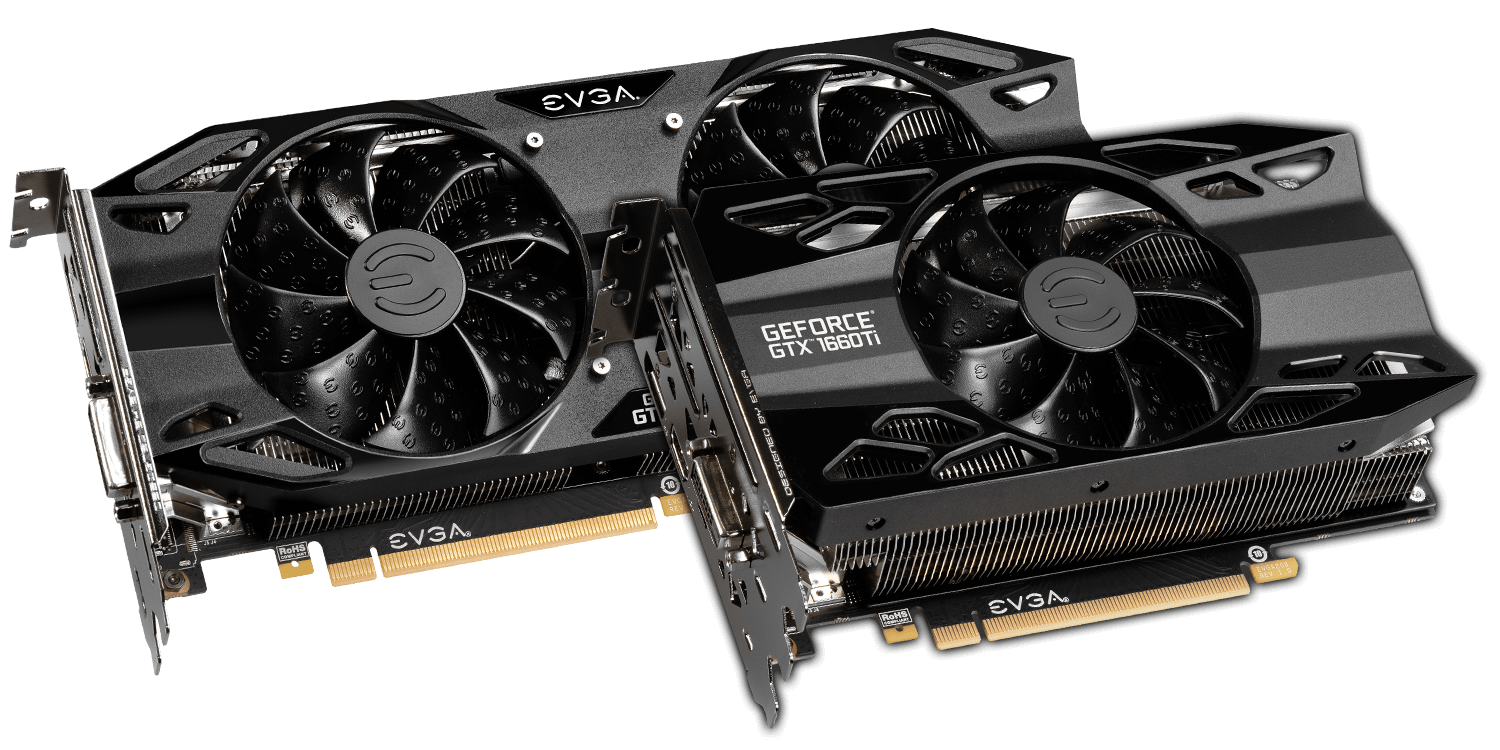 If you don’t fancy building your own PC but you want to choose your own components, you can also choose a systems integrator like PCSpecialist. We created a similar build on their site which included a Mini ITX case, Ryzen 7 2700X processor, GTX 1660 Ti GPU, 1TB SSD and 16GB of RAM for £1207 delivered – and again, this system would be much more powerful than the Nitro 50 for around the same price.

So: can you get the Nitro 50’s components for cheaper? Yes. Can you spend the same amount elsewhere and get a more powerful machine? Yes. Is the Nitro 50 a bad deal, then? Not necessarily – the design and performance of the Nitro 50 could make it a worthy choice. Let’s move on.

The Nitro 50 is a surprisingly compact PC, measuring 35 centimetres tall, 16 centimetres wide and 34 centimetres deep. It’s also quite sedate for an Acer gaming PC, with only a few red accents and harsh lines suggesting that this isn’t your everyday office tower. The side panel has no window, instead opting for a mesh that allows air to pass through. 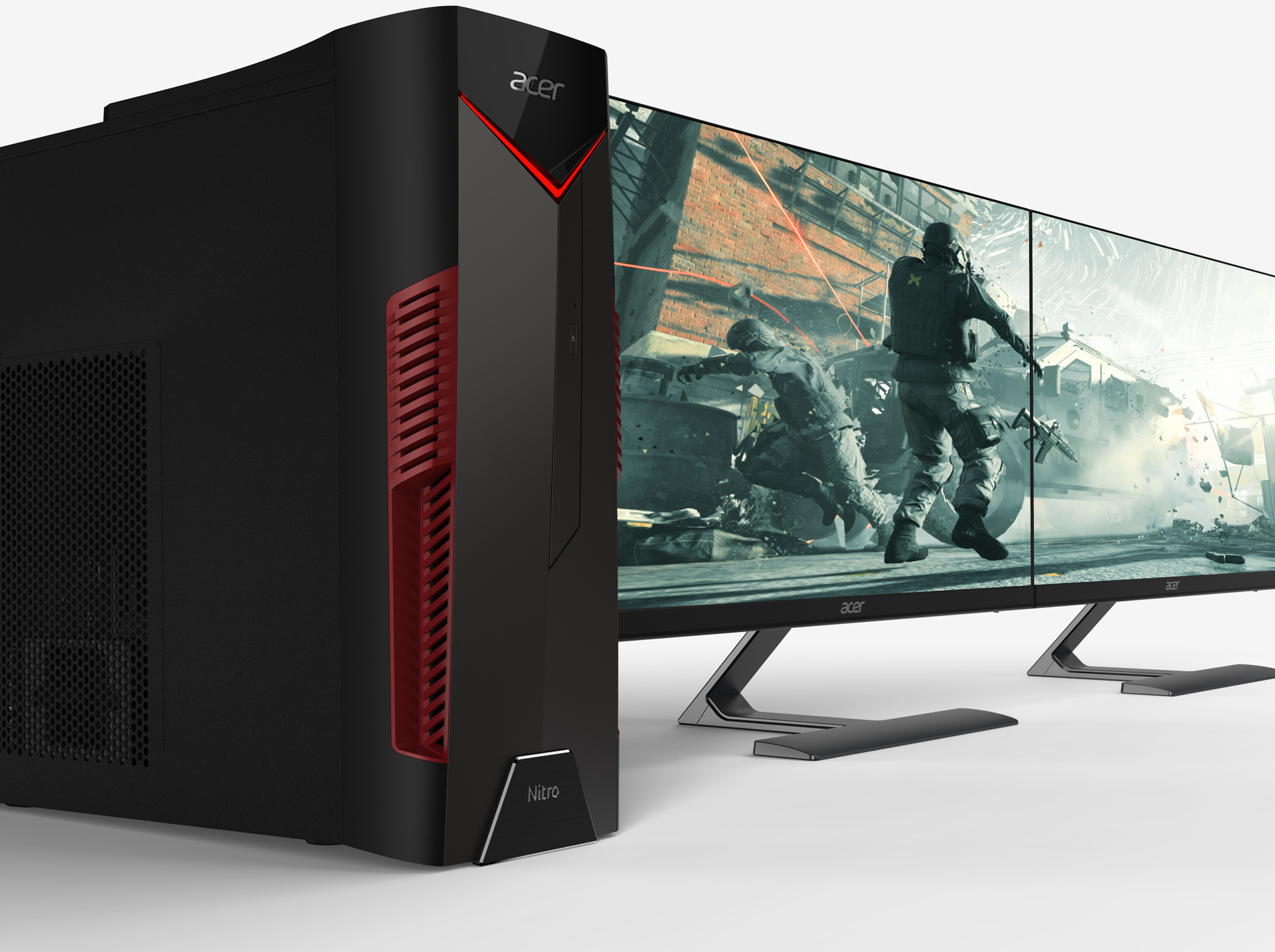 I/O is a strong suit, with USB-C, USB-A, an SD card reader and two 3.5mm inputs on the front. Given the unit’s small size, it’s not surprising that these are towards the bottom of the PC, rather than on top as you’d see from mid-size or full-size towers. The back of the Nitro 50 includes much more connectivity: six USB-A ports, two 3.5mm inputs, gigabit ethernet and a power input. The GeForce GTX 1060 GPU has five inputs in total, including three DisplayPort, one HDMI and one DVI-D. 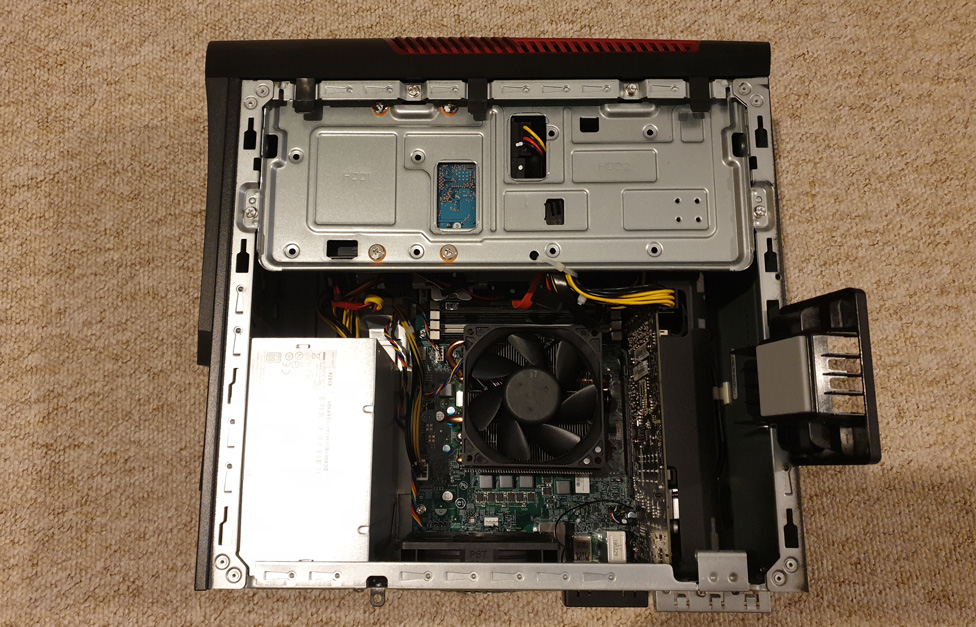 Upgradeability is always tricky in small form factor builds, and the Nitro 50 is no exception. The graphics card and CPU cooler can be swapped out without much difficulty after taking off the side panel, but the RAM, HDD and optical drive are hard to reach without more substantial disassembly of the system.

Speaking of performance, let’s take a look at how this machine performs in some recent games as well as a synthetic benchmark.

We received a result of 4240 points in 3DMark Time Spy, which is about typical for a system with a Ryzen 7 2700 processor and GTX 1060 6GB graphics card. (You can download the test for free to see how your current system compares.)

More interesting were our gaming test results, which included a range of games with built-in benchmarks. These showed that the system could handle 1080p gaming in many games at their highest graphical presets.

In the benchmarks built into Civilization 6 Gathering Storm, Far Cry 5 and Rise of the Tomb Raider, the Nitro 50 achieved just under 60fps average. Newer and more challenging titles, including Ashes of the Singularity: Escalation, Ghost Recon Wildlands and Shadow of the Tomb Raider scored in the mid to high 40s. However, some of the most challenging games like Assassin’s Creed Odyssey and Total War: Warhammer 2 did push average frame-rates to nearly 30fps.

With the option to lower settings from their highest presets, achieving at least a 60fps average should be quite possible for this system. However, maxing out a 144Hz monitor may be too tall a task for the Ryzen processor in this system and 1440p gaming will require severe cuts to graphical settings in recent games. 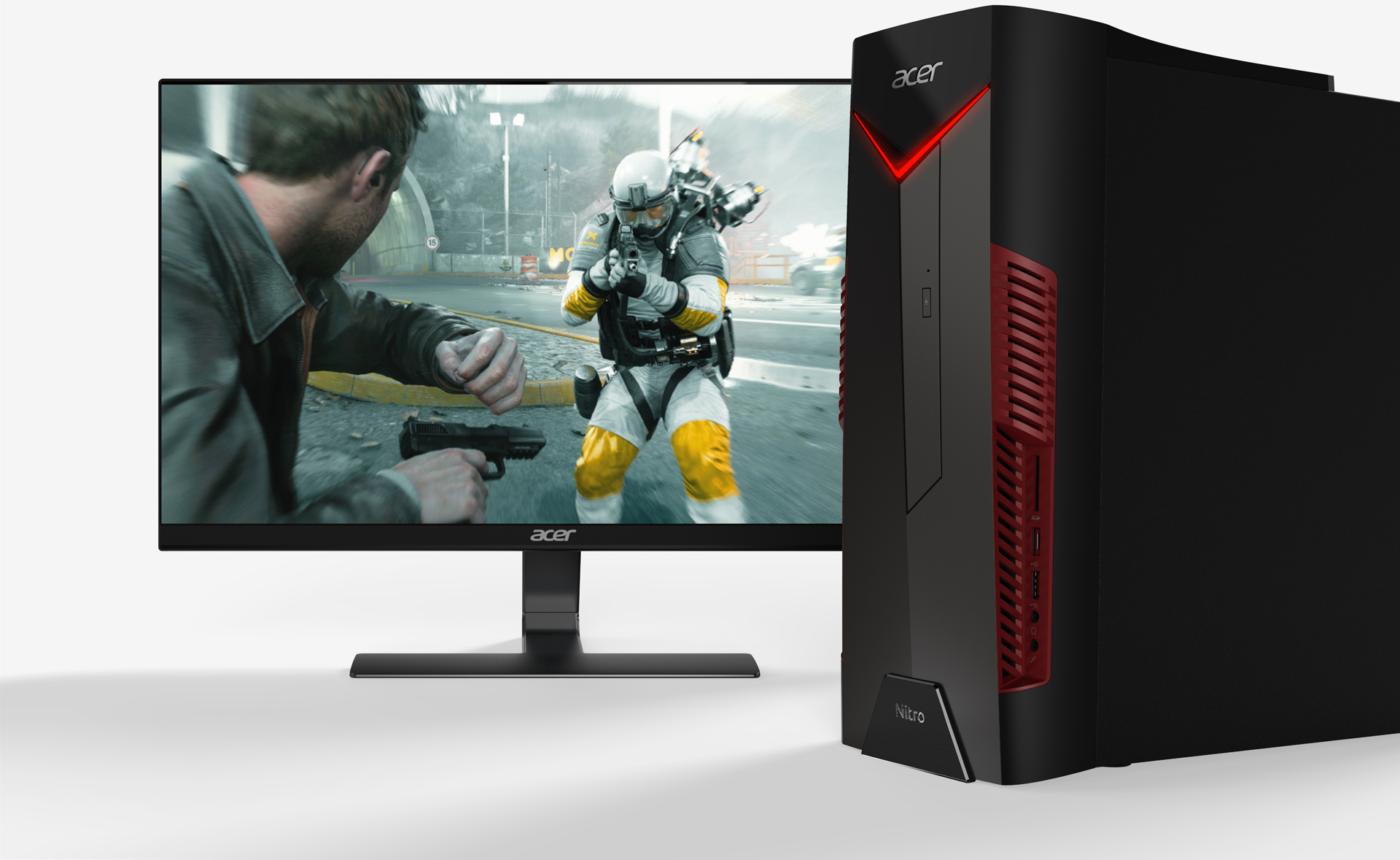 The Nitro 50 isn’t a silent system, thanks to its small-diameter fans used for the case and CPU cooler, but it is relatively quiet and shouldn’t affect games or videos being played at even low to moderate volumes. We measured maximum temperatures of around 38 degrees for the CPU and 83 for the GPU under load, which is just fine for an air-cooled system.

The Nitro 50 is a decent compact 1080p gaming PC that also handles content creation well, thanks to its Ryzen 7 sixteen-thread CPU and GTX 1060 graphics card. While those seeking out-and-out gaming performance could build a significantly better system themselves for the same money, as a prebuilt option the Nitro 50 isn’t bad.

However, choosing a different configuration of the Nitro 50, such as an Intel-equipped model with dual-channel memory, would provide better gaming performance in the same excellent enclosure. In the future, I hope Acer will include newer components, such as the GTX 1660 Ti, which will unlock higher frame-rates without raising prices significantly. System integrators and PC builders already have access to these parts, so now it’s time for Acer to catch up. 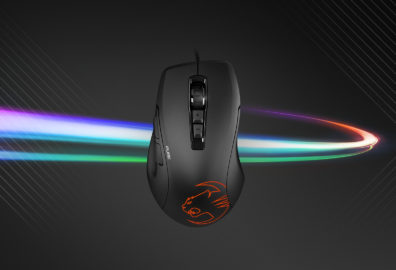 We loved the flagship Kone Aimo RGBA from Roccat, so the prospect of a smaller and more affordable version in... 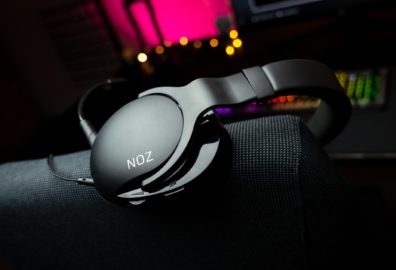