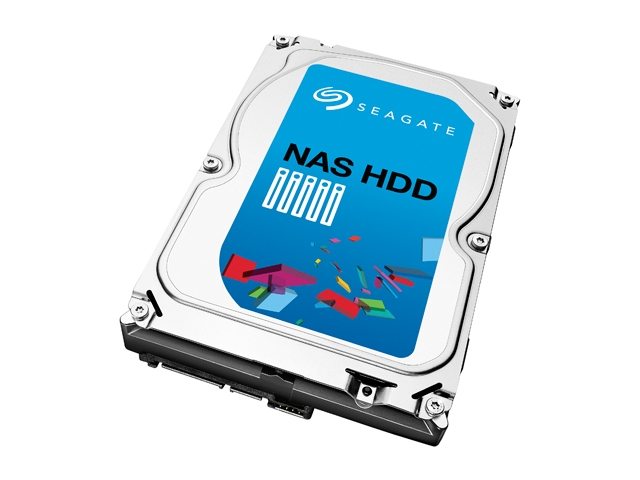 NAS. It stands for network attached storage, and it means a hard drive in a box with a tiny low-power PC, connected to your home network. It’s possible to pick up a NAS box with its own hard drives built in, but it’s often cheaper to pick up the box and add your own drives separately – either using what you have spare or getting something new. That brings us to today’s review item – the Seagate 4TB NAS hard drive. Seagate brag that this is the only 4TB drive optimised for NAS use: loads of storage, minimal noise, vibration resistant and designed for 24×7 use. Ebuyer were kind enough to send a unit our way, so let’s get to testing!

Most 3.5″ hard drives have a very standard design, with the spinning disk, drive heads and other gubbins tucked within a plastic and metal enclosure. That’s precisely what we find here. The bottom of the enclosure includes a PCB for the control mechanisms, attached to the standard SATA and power connectors. 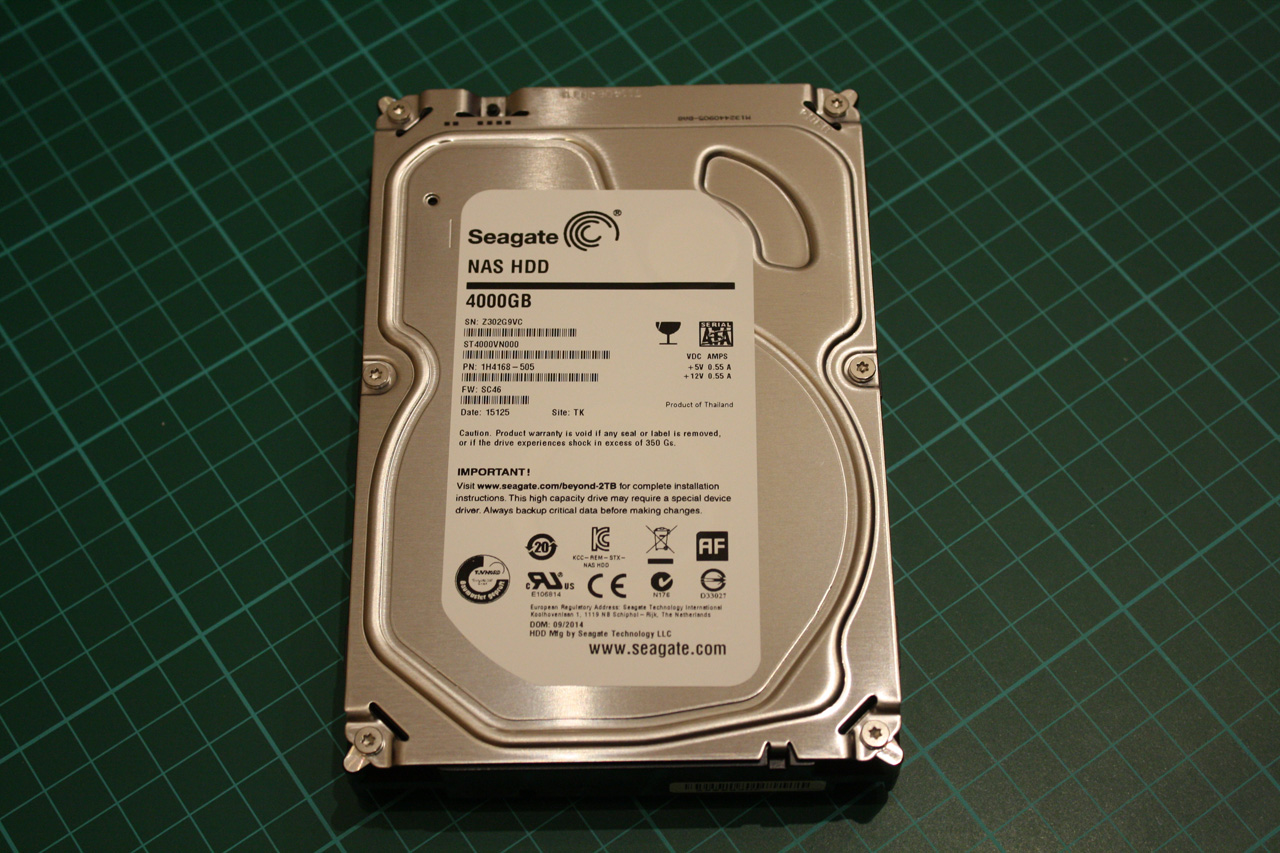 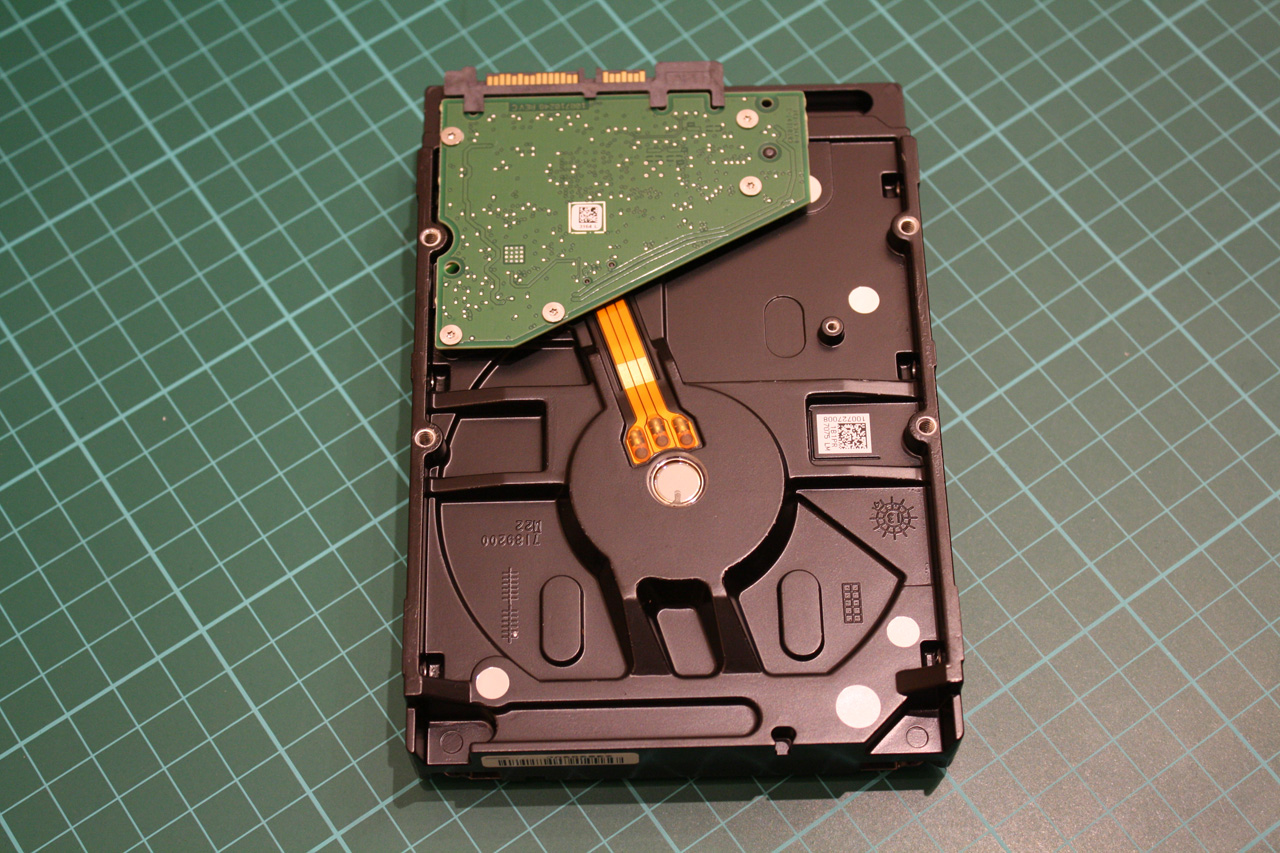 Moving swiftly on, let’s take a look at the fun part – how fast is this drive?

In order to test this drive, we’ll look at its performance as a drive plugged in via SATA in a standard desktop test rig, and plugged into a NAS enclosure. We’ll also give our subjective impressions of the unit as used in a NAS box. Our NAS box for these tests is the cheapest and yet highest-rated one on Amazon, the D-Link ShareCenter 2 Bay NAS Enclosure. 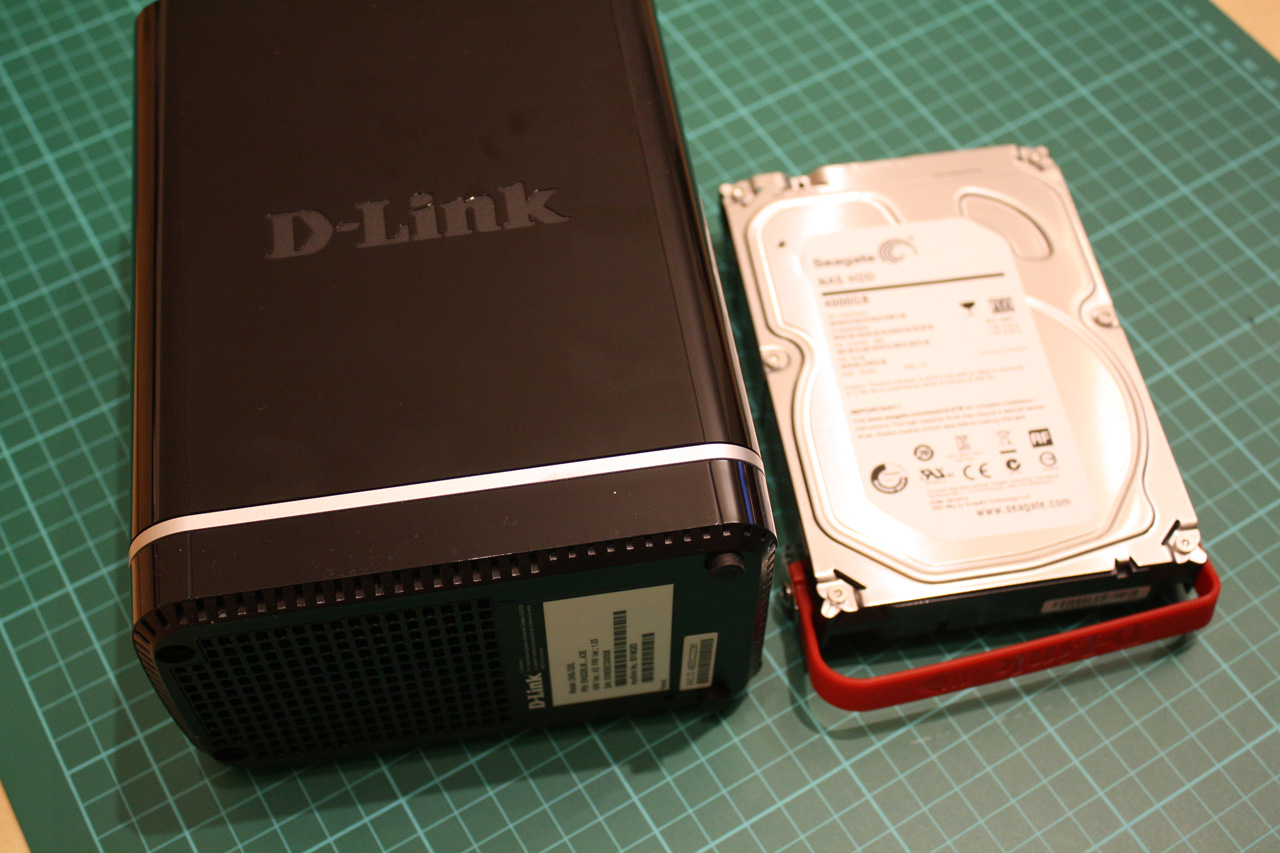 We begin with CrystalDiskMark, my favourite benchmark for testing drives. CDM shows sequential speeds of 160 MB/s for both reading and writing – fairly reasonable for a spinning disk drive like this one. My other mechanical drives (which are admittedly much fuller) topped out around 100 MB/s. You can see that smaller chunk sizes result in greatly reduced speeds (more on this later), but for a NAS drive that’s fine. 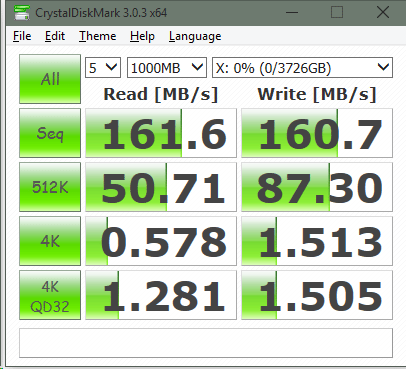 AS SSD is another good hard drive benchmarking tool, showing similar metrics to CDM as well as an access time measure. 15 and 24ms are reasonable here, although there aren’t too many occasions in which it’ll really be an issue for a NAS hard drive. 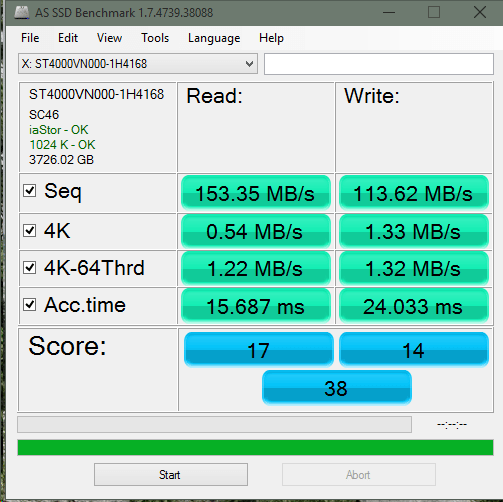 We conclude with ATTO, a benchmark that provides a comprehensive measure of disk read and write speed across a wide range of transfer sizes. We see that the drive is well-suited to larger files like videos, with large chunk sizes quickly topping out at 150 to 160 MB/s. This benchmark took literally hours to complete, but I guess that’s to be expected when you’re running a benchmark meant for SSDs on mechanical drives! 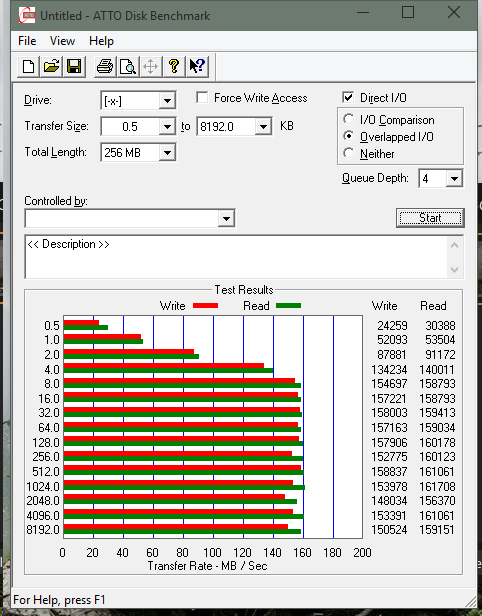 Real-world benchmarks seemed to bear out these speeds. Copying some 4K footage to the drive took about 8 minutes to copy 86GB, working out to a speed of about 180MB/s. That’s precisely the sustained data rate included in the specifications, so that all seems quite fair.

It doesn’t make much sense to run benchmarks like the ones above on network-attached storage, so instead we’ll rely on real world tests. Again, we’re copying a collection of HD videos totalling 86GB, but this time we’re connecting to the NAS enclosure over a gigabit network connection. 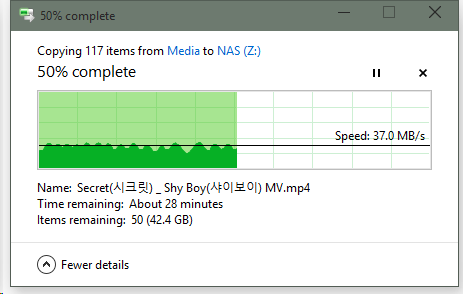 The transfer time for the 86GB folder was 40 minutes, which works out to around 36 MB/s. That’s more than sufficient for streaming HD films, even 4K, as long as you have a gigabit network connection.

It’s pretty essential to connect your NAS to a gigabit network, particularly for the initial filling session. Connected via a 100Mb/s network, I saw transfer speeds of just ~12MB/s, a three-fold reduction in speed. Of course, you could also connect this directly to the PC that holds your media, copy the files over SATA, then put it in the NAS enclosure.

Of course, there’s more to a drive than just speed. There’s also reliability, noise and value. Let’s tick these off real quick – reliability: so far, so good. I’ve been using the drive for about two weeks, and at no point have I faced any issues, nor would I expect to. Noise: this is a very quiet drive, impossible to hear over the (minimal) whir of my computer’s fans. As you can tuck your NAS basically anywhere you can reach with a network and power cable, noise is a non-issue.

Value is the final point, and the most interesting. You might expect this NAS specialisation to cost a fair amount, but that’s actually not the case. At £115, the Seagate 4TB NAS drive is among the cheapest 4TB drives available. That’s slightly expected given the low spin-rate (an average desktop drive is 7200RPM, this is 5900), but for a NAS it seems a competitive choice.

From first opening the box to writing the final word of this review, at no point was I surprised by the Seagate 4TB NAS drive. It delivered precisely what I expected – a heck of a lot of space, reasonably good speeds, quiet operation and total reliability. And ultimately, that’s what I want in my NAS – and it could well be what you want too. 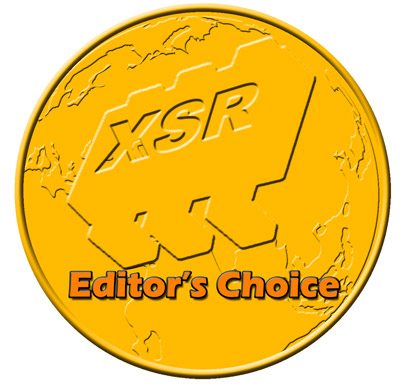 Tesoro have been on a tear recently, rapidly improving their mechanical keyboards with the latest...