Say the word ‘desktop’ and most people will probably think of a traditional tower, monitor, keyboard and mouse set-up. However, with today’s considerable advances in technology and a desire for more aesthetic form-factors (plus more feature-packed machines), even the humble desktop has undergone a transformation in recent years.

These days, desktops come in a range of shapes and sizes suitable for a wide variety of tasks. Just as with the purchase of any computer, it is important to first assess your needs and then work out which machine suits your particular requirements best.

We are all different and expect different things from our tech. For example, for many people a desktop computer will be used mainly for email or crafting word docs – in which case, much of the power of a top-end system will remain largely redundant and unused (resulting in a waste of money). At the other end of the scale, if video editing or photo manipulation is your thing, you should look at investing in the best and most powerful machine you can afford, one that is up to the high processing load of image/video manipulation and rendering.

Before even looking at buying a new computer, first decide how you are going to use it. Without exception, this should be the most important factor in your choice of purchase.

The modern range of desktop computers

Traditionally, a desktop was a monitor connected to a separate storage tower containing the main operating components of the computer. With many people struggling to find the space for these rather bulky machines, the tower is often stored on the floor or behind desks in a dusty environment – which is probably the worst atmosphere to be running a computer (dust destroys fans and components).

However, following Moore’s Law (which basically states the number of transistors on a microchip doubles every two years while computer prices halve), it is now possible to package these components into a much smaller space at an affordable price. Consequently, the desktop has seen some interesting innovations in recent years and there are now three main models available. Just as above, you should make your choice based upon your needs:

The traditional tower: While these machines are considerably larger than their counterparts, the tower design also offers unrivalled versatility when it comes to upgrades or installing new components. If you want a relatively future-proof home computer (or see your requirements changing regularly), then this is probably the best model for you. Just be sure to store it in an adequately-ventilated spot and remember to clean and dust it regularly. Note – even tower designs have changed and there is an increasing number of mini-tower and horizontal models now available.

The mini PC: Also often called compact or Small Form Factor (SFF) computers, mini PCs are tiny machines (around the size of a sandwich) with extremely small components. As with tower machines, you will need to invest in a monitor.

The All-in-One: Very much the new kid on the block and heralded by many as the future of desktops, All-in-One (AiO) machines house the computer and screen together, thereby drastically reducing its footprint and reducing wire-clutter. AiO machines tend to aesthetically more pleasing, more portable and, many would argue, more practical. However, they do have one major drawback – upgrades are difficult (if not impossible) due to their extremely confined space-saving nature. An AiO looks just like a traditional monitor and can often feature touch-screen tech and a wireless keyboard/mouse, again reducing clutter.

So that’s all we have to say about desktop PCs. What form factor do you use? Did we miss any key advantages or disadvantages? Let us know in the comments below.

Header photo by Serpstat from Pexels 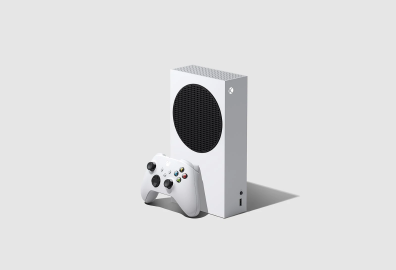 We’ve covered tech from budget to ultra-premium here, but today we’re looking at something a... 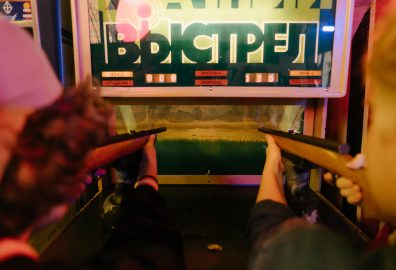