You probably thought that you would like to advance in gaming, being passionate about this field. Starting with mobile games, old school games, online casinos and all online slots. You want to play more, new games, video games, high-quality games, and much more, a PlayStation 5 will surely help you fulfil your desire to evolve and be better in gaming. Here are the best games you can play on a PlayStation 5 that will surely attract your attention and make you the most curious.

Assassin’s Creed has become a complete RPG with recent entries such as Origins and Odyssey. The latest main game, Assassin’s Creed Valhalla, doubles even more and allows players eager to live the fantasies of the Vikings in England during the Dark Ages. With a continuous battle that devastates and destroys Norway, our hero goes to the shores of England, but his current king and his citizens are not very kind to these foreigners.

What is interesting is that players have a choice between a male or female Eivor, both of which can be customized with different tattoos and hairstyles. Valhalla allows players to equip a lot of weapons, even the option to use two shields. There is also a large branching skill tree and lots of unlocking skills. No Eivor will be the same, so customize it to your liking in your style of play.

Insomniac’s Spider-Man has been released for several years and it will certainly be hard to find a better superhero game than this one. It is right at the top, along with the Batman Arkham series, as a favorite of many people. Spider-Man: Miles Morales is not a complete sequel, but it is a completely independent adventure, being located in the same universe after the events of the first game.

While Peter Parker is on vacation, Miles Morales takes on the mantle of the New York Spider-Man neighborhood. When Harlem is attacked by an energy corporation aimed at ruining and destroying the city just for his own gain, Miles gets up to take them down with the help of some good friends. The city is explorable and even offers new costumes, skills, and activities, to be completed, obviously.

Treyarch really knows how to make a good shooter. The gameplay is unparalleled, and Black Ops Cold War keeps it a little tighter and more grounded than the other newer entries in the series, setting it in the 1980s. What’s more about a single-player campaign is that it also offers new and returning multiplayer modes, as well as the popular Zombies mode.

Recruited by a top CIA agent, the character in the game goes on a mission to stop the Russian agent Perseus, this agent is based on a real-life spy whose existence is argued even so far. But of course, it’s real in the Black Ops Cold War, and President Ronald Reagan approves of the mission that will send you around the world to neutralize this great threat.

This game was originally developed by FromSoftware, Demon Souls was the forerunner of Dark Souls in 2009, which will continue to launch a whole genre of Souls-like games. It is in the Kingdom of Boletaria that players embark on a risky and captivating journey to defeat King Allant, who has awakened an ancient evil and his demonic army. As you probably expected, the battle in Demon Souls is very challenging and there are no difficulty settings to turn it down.

The Demon’s Souls remake amazed everyone and instantly became an example of a remake of the game done right. Try to stay away from fighting skills, as the experience will not be forgiving at all.

Final Fantasy 14 Online has had a pretty tough development process, but it has finally become a game that is definitely worth playing in 2022. In recent months, it has even gained popularity in World of Warcraft, which is clearly proof of the support received. Its upcoming Endwalker expansion came out in November 2021, so I hope you’re ready.

Even if there is an initial purchase of $ 60, players will still have to pay for a monthly subscription to continue accessing Final Fantasy 14 Online after the first 30 days. Subscriptions start at $ 12.99 per month and go up to $ 14.99 per month, with access to eight characters per server. The good news is that you don’t need a PlayStation Plus subscription to play it on your PS4 or PS5.

As many of you probably know, the PlayStation 5 (officially abbreviated as PS5) is more of a video game console, developed by Sony Interactive Entertainment.

It gives you a wonderful experience, an unforgettable gaming experience, with such real and ingenious games. You will surely be satisfied with the choice made by choosing a Play Station 5. Your gaming skills will develop and your passion will be fulfilled.

The gaming experience is enhanced by the DualSense wireless controller. When you’re in the middle of the action of the game, the haptic feedback and the dynamic triggers that are adaptable will help you to easily move to the next level, obviously, while you have fun.

The gaming experience will be even more intense thanks to the audio technology integrated into the console. Sony wanted maximum performance when using gaming headphones. That’s how he used Tempest 3D AudioTech.

So what are you waiting for, the games are ready, PlayStation 5 is just as ready to be used with love and passion, combining art with fighting. Definitely one or more, or why not all these games will be to your liking. 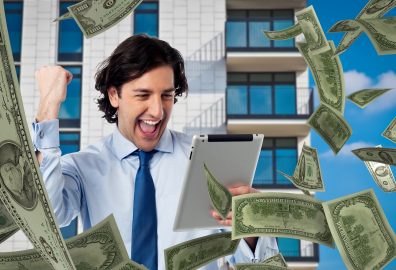 To play poker well online, several things are important to consider if you want to maximize your chances of... 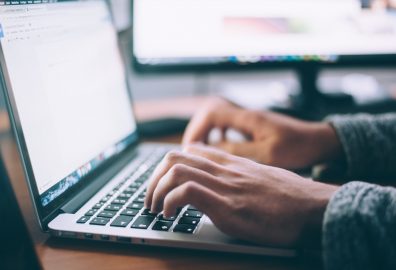 How is the Online Casino Industry Evolving?