While online gaming can provide us with the latest hi-tech spills and thrills in the palm of our hand, there’s still something comforting about old-fashioned retro gaming. But thankfully, we can enjoy the benefits of both worlds with some of these top retro games that you can enjoy on your latest smartphone or tablet.

Few games have had such an enduring and scary legacy as that of Doom. Originally released in 1993, the first person shooter by iD Softwaremesmerised gamers with its blend of violence, fearsome demonic imagery, and highly original immersive three-dimensional graphics.

But whilst the game has been eclipsed by recent technological advances, you can still play one of the many fan-created versions of this classic game online and get a taste of where the likes of Call of Duty got their inspiration from.

Based on the popular and anarchic Gumball 3000 international motor rally that takes drivers across a variety of global locations, the Gumball 3000 computer game was released for the PlayStation 2 and treated gamers to the familiar blend of high-speed antics and super-fast cars.

And you can now revisit many exciting games thanks to Red8’s who hosts a multitude of offers within their site to play all kinds of speedy games from many providers. Although there’s yet to be a Gumball 3000 game on the site, there are a huge variety of traditional and retro games ranging from roulette to poker that can all be played on your mobile device.

Many of us spent the 1990s locked in an action-packed multi-player game of Mario Kart on the Super Nintendo. The game was great fun and wildly addictive with its simple racing formula being massively playable and perfectly adapted for playing against friends.

And though playing Mario Kart through a browser with a keyboard might take a little bit of getting used to, it still provides a reassuringly familiar sense of manic abandon that won’t be going out of fashion anytime soon.

And similarly, if you weren’t playing Mario in the 1990s, then there is a strong chance that you’ll have been playing a Sonic the Hedgehog game on a Sega instead. The games that featured the friendly blue hedgehog collecting gold rings were beautifully designed and incredibly fast. Andplaying Sonic 2 online can still provide an energetic adrenaline burst that’ll make you fall in love with these retro games all over again.

Competitive gaming has seen huge growth in recent years as tournaments selling out major arenas across the... 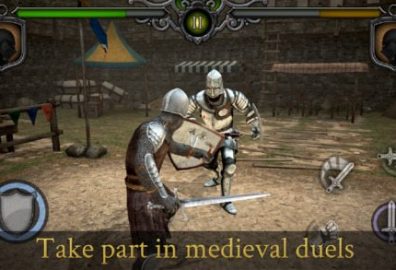 If you like to pay attention to upcoming game releases, you’ve probably seen a few headlines about...