Valve is expanding into the handheld space. The creator of PC gaming platform Steam is releasing its first handheld gaming PC, and it’s heading our way in just a few weeks: the highly anticipated Steam Deck will begin shipping on February 28. Here’s everything we know about the new handheld gaming PC and its launch.

The video game company announced the Steam Deck in July 2021. While the Steam Deck was originally slated for a December release, the brand-new handheld gaming PC did not make it under gamers’ Christmas trees due to production delays. However, the long wait is now nearing its end, with Valve confirming they will begin shipping the Steam Deck on February 28, finally giving the device an official launch date.

Those who were among the first to pre-order the device will receive an order email on February 25. Recipients will be given three days (72 hours) to make their purchase, after which the Steam Decks will start shipping on February 28. If a recipient doesn’t make their purchase within the set time frame, the next person in the queue will be contacted. The order emails will be sent out in the order users made their reservations, and Valve plans to send out new order email batches every week. With Valve sending Steam Deck devices to press outlets in advance, we can expect to find full hardware reviews starting February 25 and some first impressions and previews before that.

When Valve announced the new handheld device, they also revealed the specs, and, at least on paper, the Steam Deck boasts a ton of power under its screen. While it compares to the Nintendo Switch, the Steam Deck offers more of a PC gaming experience rather than a console. As with any PC, you can plug it into a monitor or TV and connect controllers, mouse, and keyboard to enjoy the gaming experience you’re looking for. You can even install Windows and use other launchers besides Steam, giving you a lot of control over your handheld gaming experience.

The Steam Deck runs on an AMD APU and is built on the Zen 2 microarchitecture with RDNA 2 graphics, which should help it run any sort of game, from indie titles to AAA hits. Equipped with 16 GB of LPDDR5 RAM and up to 512 GB storage, the Steam Deck allows for smooth gaming on the go on its 7-inch LCD touchscreen. It also features all the buttons a handheld gaming device needs, including two analog sticks, two trackpads, and two shoulder buttons. With these impressive specs and features, Valve’s new device is supposed to be able to play any game from the Steam library, bringing PC gaming into your pocket to take wherever you go.

Mobile gaming continues to take the world by storm

With that, Valve is jumping on the mobile gaming bandwagon, which has been taking the world by storm in recent years. Playing games on the go is becoming increasingly popular, with all types of games available to be played on mobile devices, from classics to AAA titles. It was the immensely popular casual games that started the trend, with the likes of Candy Crush Saga, Angry Birds, and Subway Surfers causing a global mobile gaming hype. And as the world is getting more digital and people are moving away from their desktops, even traditional pastimes such as gambling have moved onto mobile screens. There are many platforms available online that allow users to play traditional casino games or place bets on sports events online. The best platforms for players from any region, which have been reviewed by experts, offer mobile compatibility, allowing users to play on the go through optimized webpages and apps. And with hit titles such as Fortnite and Call of Duty, even AAA shooters can now be played on mobile devices. Now Valve is carving out its own space within the mobile gaming trend, making PC gaming possible on the go.

The highly anticipated handheld is on its way to us: the Steam Deck will begin shipping on February 28. Anyone who was among the first to sign up will soon hold their brand-new handheld gaming PC in their hands. If you haven’t yet, you can reserve your own Steam Deck on the official website. 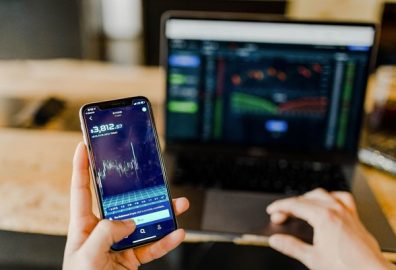 Online payments – what is the best option?

The modern world is now full of technology, and almost every sphere of our everyday life is modernized and... 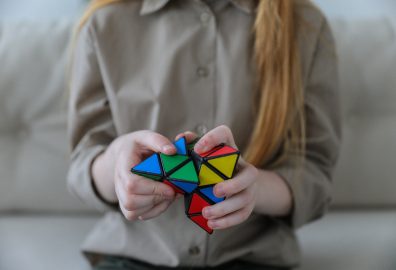 Gambling has almost become the norm. Research proves that out of every four people, one engages in gambling....