For some time now, Injustice: Gods Among Us has reigned as the chief collaborative superhero game for app players. Using a range of DC Comics heroes and villains in a card collecting/brawler system, the game makes for a great experience for those who simply enjoy seeing all of their comic heroes in one place. There are certain ordinary pitfalls, such as somewhat-clunky fighting mechanics and repetitive gameplay, but the number of characters, achievements, and upgrades all keep things interesting for quite some time. 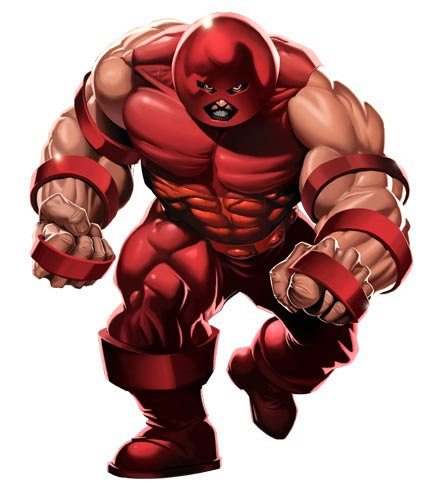 Perhaps the best thing about Injustice: Gods Among Us is that it finally picked up the slack of there not being that many great DC-related options out there for gamers. Sure, there’s Batman’s fantastic Arkham series, but that’s really about it. Superman’s games over the years have been decidedly less than super while others like the Flash, Wonder Woman, and Green Lantern have been off the gaming map for a while. That’s changed over the past few years thank to the development of online arcade games, which utilise imagery from superhero lore to add depth and interest. This is evident at gaming hub InterCasino, where all of the aforementioned DC heroes have their own games. And what these titles and Injustice really drive home is the fact that DC may be taking over when it comes to gaming—but that’s a story for another day.

Injustice: Gods Among Us and the options offered at InterCasino serve to highlight that there’s a clear interest in playing as a number of different superheroes. And when it comes to Marvel, they had been lacking a bit there. Sure, there was the MMORPG Marvel Heroes 2015 for Microsoft Windows and OSX. However, there wasn’t a legitimate app gaming option to compete with Injustice: Gods Among Us. That was until December of last year, when Marvel and Kabam released Marvel: Contest Of Champions for iOS and Android devices. With less focus on card collecting and more on simply gathering, upgrading, and battling characters, it seems to have been intended as an action-packed answer to Injustice: Gods Among Us. It was also the first significant Marvel brawler for app players, and you can read on for our thoughts on what it does well and where it falls short.

It’s plain to see one of the main areas in which this app excels right off the bat: the graphics and combat mechanics are incredibly impressive even for a modern app. Playing the game side-by-side with Injustice: Gods Among Us, it’s quite clear that Marvel’s new game is the smoother and more visually satisfying of the two. Characters look sharp, and their outfits, weaponry, and even stances and movements fit beautifully with what comic and film fans alike will expect. Fighting action is swift, easily controlled, and exciting, even if it does become somewhat repetitive.

The number of characters available in Contest Of Champions is also pretty satisfying. Popular villains influence missions (or at least seem to set the stage), a wide range of playable heroes exists, and the game features a never-ending stream of mini-promotions offering new characters (or advanced versions of existing characters) for various achievements. All of this, plus a genuinely challenging mission layout that requires steady improvement of your team, makes for a full, rich gaming experience. And of course, there’s a lot of versus action to keep you busy if you become bored with the basic game.

But where Marvel: Contest Of Champions falls short is in the random nature of character collection and the lack of personality in its characters. Unlike Injustice, in which players can essentially target different heroes to acquire, Contest Of Champions forces you to use achievements to purchase “crystals” that unlock heroes at random. This means that it’s perfectly common to receive duplicates, or heroes you’d rather avoid. And even when you have a satisfying collection of heroes, there’s not much individuality to them when you look beyond basic appearance and attack moves. None of them speaks, and despite varying special attacks, your basic brawling strategy doesn’t need to change from hero to hero.

All in all, it’s a worthy competitor to Injustice: Gods Among Us. The process of obtaining new heroes and building a team can be tedious and annoying, but it’s a big and impressive enough game that the positives outweigh the negatives.

Jeff Green Dark Souls 2 Bingo If you’d prefer to play Bingo, copy the phrase list below and paste it...

Competitive gaming has seen huge growth in recent years as tournaments selling out major arenas across the...