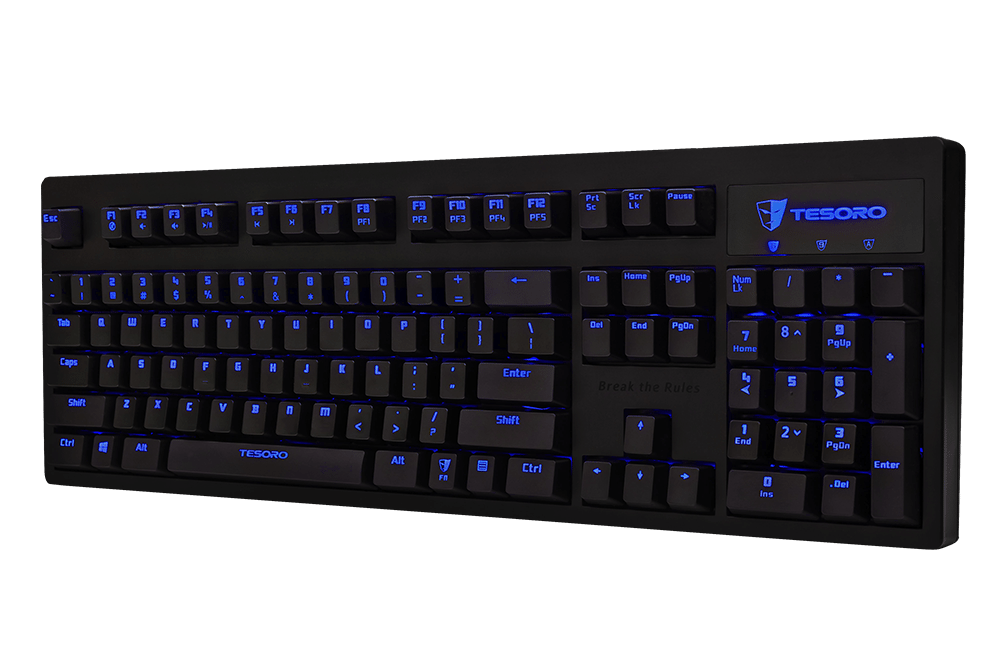 Earlier this year we took a look at the Tesoro Lobera mechanical gaming keyboard, which impressed us with its strong build quality, gaming features and multi-colour backlighting. Today, we’re looking at a simpler alternative named after another famous sword: the Excalibur. This less expensive keyboard uses the same Kailh mechanical switches, but dispenses with the unusual shape and multiple backlighting colours of the Lobera. The Excalibur looks promising, but how does it measure up? 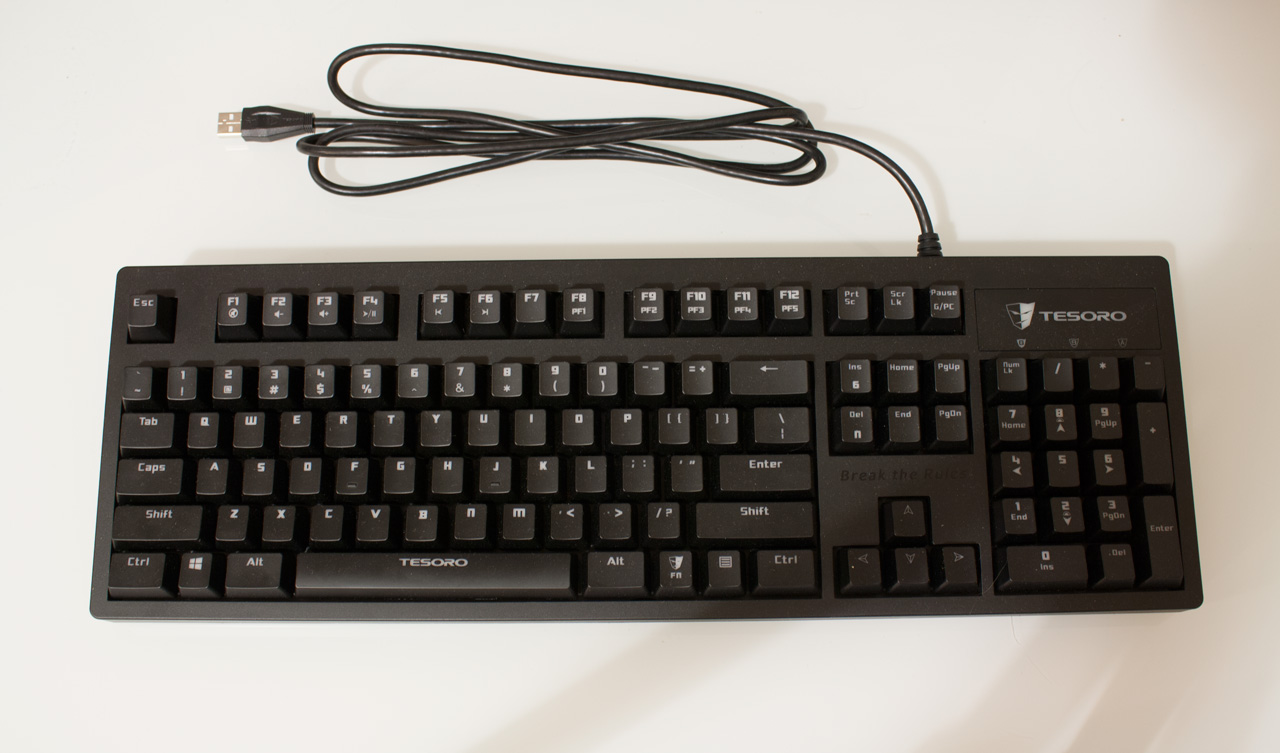 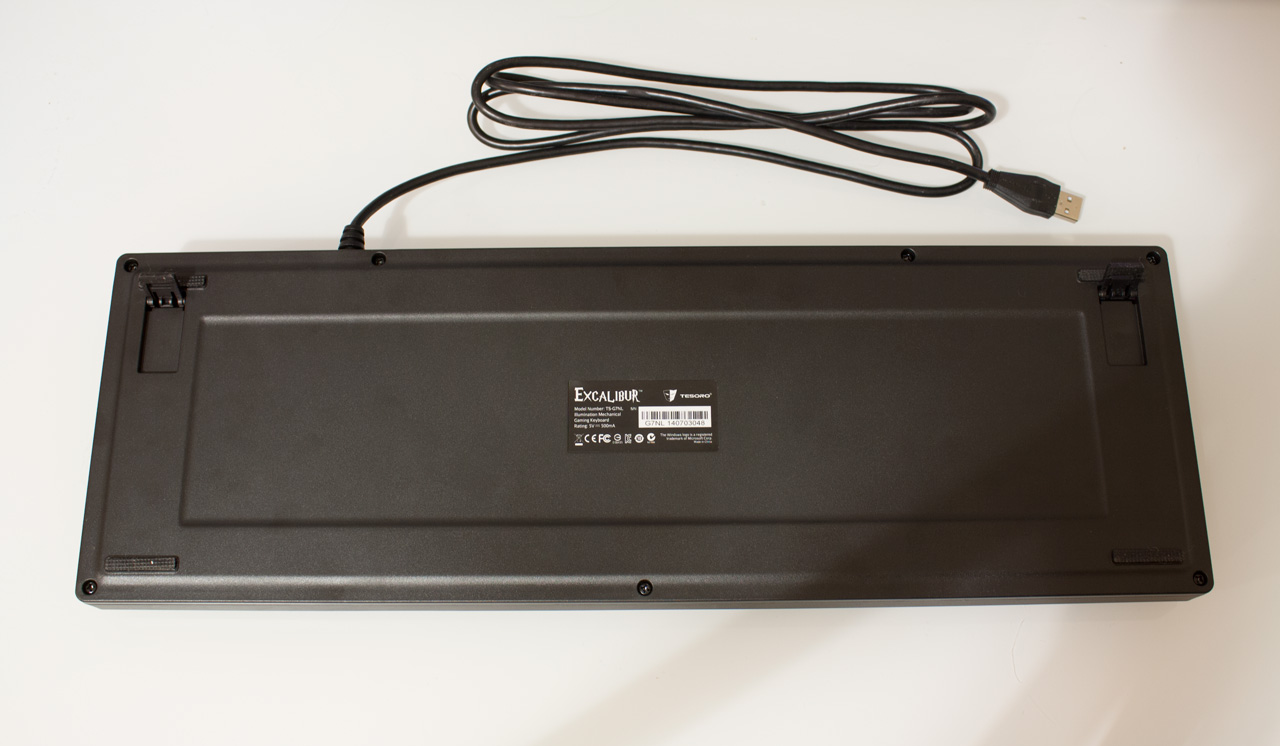 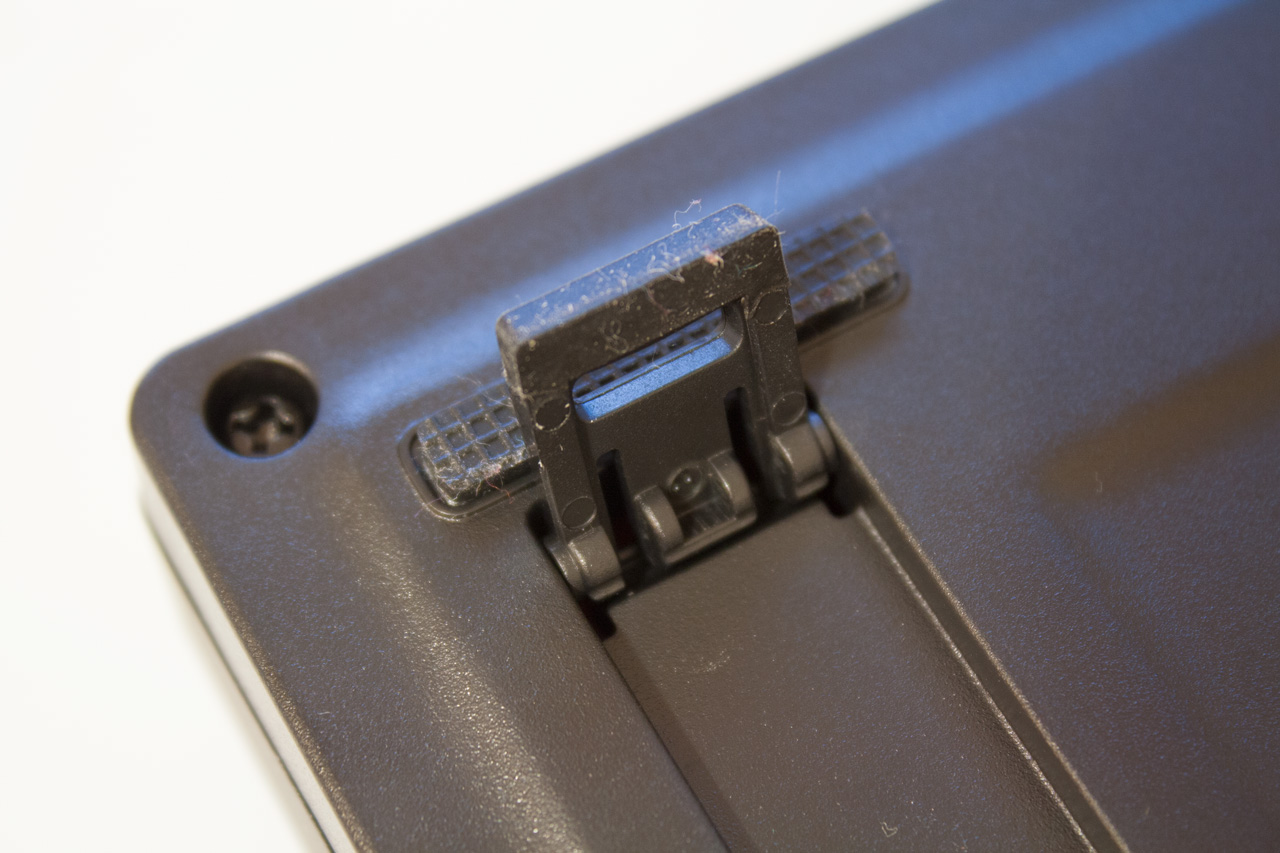 This Excalibur review unit was equipped with Brown Kailh switches, which offer a tactile bump but not the loud click that Blue switches are known for. Browns are the most popular colour of switch sold and are often recommended for both gaming and writing. It’s worth noting that these Kailh switches aren’t as well-known as their Cherry counterparts, but are made to the same specifications and feel the same to me so far. 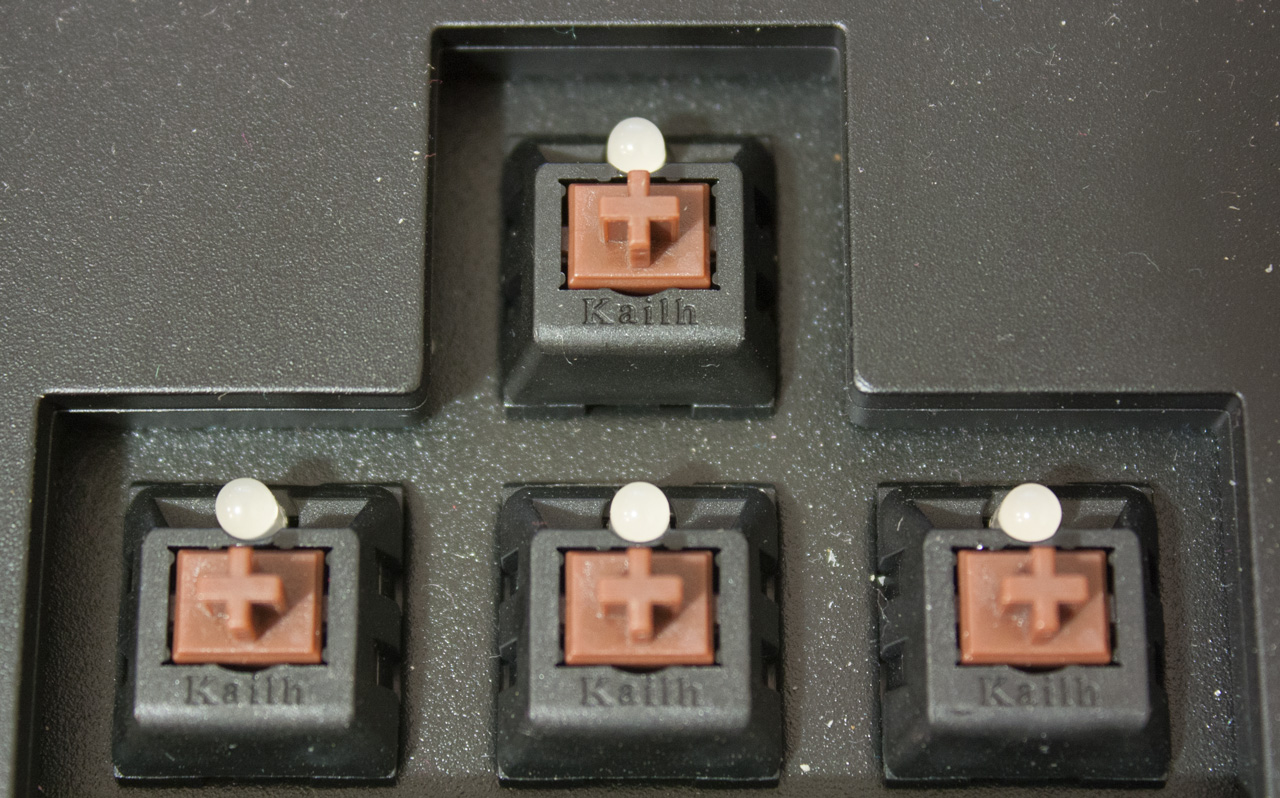 In order to properly test the Excalibur, I used it as my go-to keyboard for a period of about a week. I wrote articles like this one, did my taxes and of course played quite a few video games too. Specifically, I played Borderlands: The Pre-Sequel, Counter-Strike: Global Offensive, Company of Heroes 2, Civilization: Beyond Earth and Call of Duty: Advanced Warfare.

In other regards, this is a good writing keyboard. The Function-layer media keys take a little longer to press than dedicated keys, but are still faster than skipping tracks or muting in software. The backlighting was also helpful for writing in low light.

Overall – a great writing keyboard, providing some added features without changing the layout of the board.

The macro keys and gaming modes worked as described, although I must admit that I didn’t find the need to use either in the games I was playing. As with typing, the addition of LEDs ensures that gaming in poorly lit areas (a common theme for LAN parties and other gamer havens) is quite possible. The ability to switch between three different LED modes (see below) is nice too.

The Tesoro Excalibur is a plain but well-constructed mechanical keyboard, working well for both writing and gaming with a choice of three switches. The Excalibur manages to maintain a standard layout while adding in a few handy features, like macros, media keys, game mode and of course backlighting.

The worst thing I can say about the Excalibur is that there’s little here to differentiate it from other keyboards which follow the same formula. If you want a standard-layout keyboard with backlighting and a few other features, then you can find one from almost every major manufacturer. Other companies distinguish their wares through excellent software, custom LED backlighting patterns or integration with other products, but the Excalibur lacks a unique, must-have feature to set it apart from the crowd.

Regardless, the Excalibur is a solid keyboard that provides the essentials without any major flaws. If you can find this keyboard for a good price, then I’d certainly recommend it.