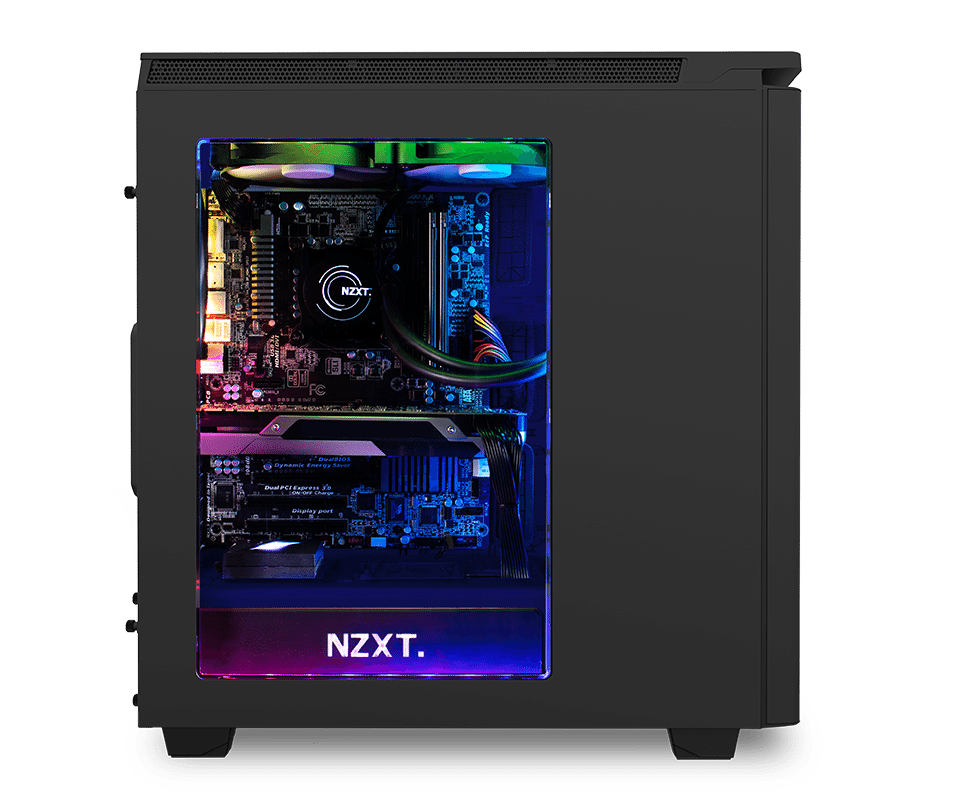 Around the turn of the millennium, my dream was to own one of the cool gaming desktops I’d seen in PC magazines and online. They had powerful, often overclocked components, massive cases with liquid cooling systems, and a dizzying array of red, blue or green LEDs built into every available space. Fifteen years later, and I’ve finally accomplished that dream, thanks to the NZXT Hue+. 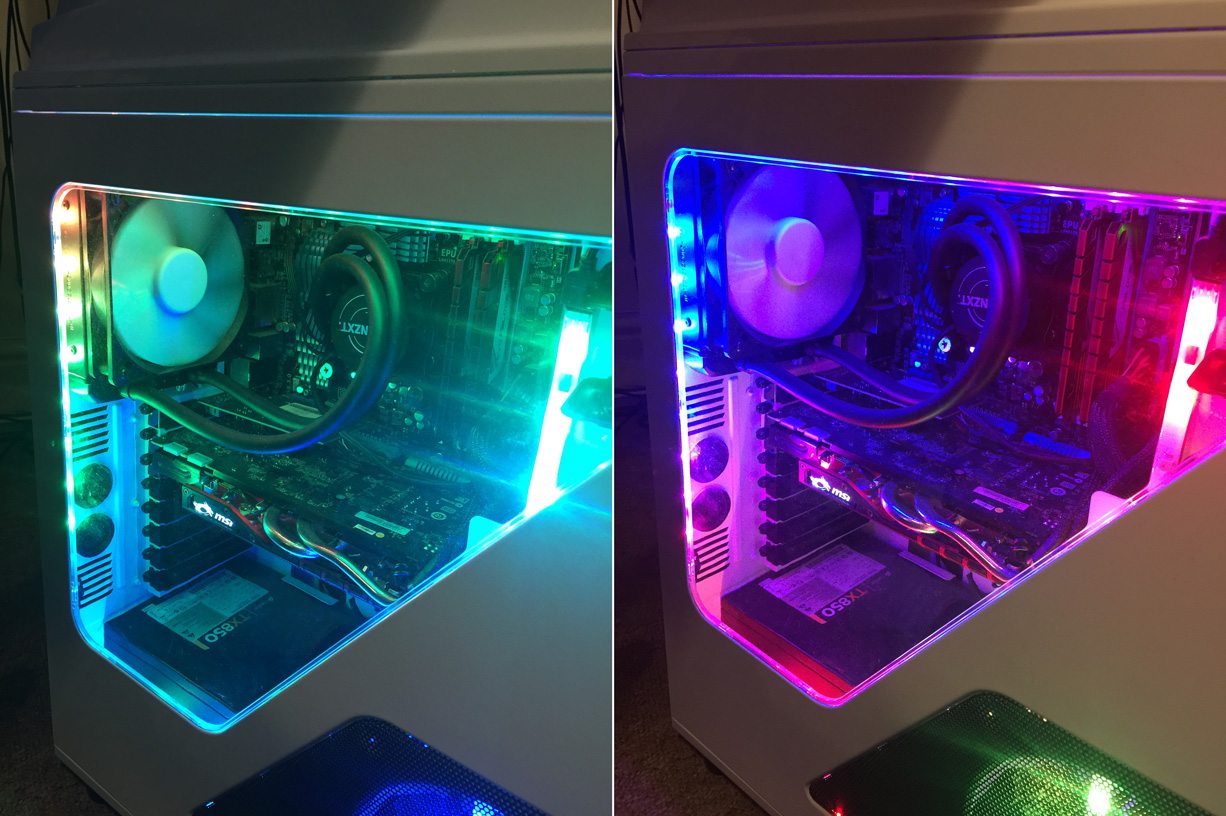 The Hue+ is much more capable than the lighting systems that I lusted over in my youth, too. The RGB LED strips can be controlled via the NZXT CAM app, letting you choose from millions of colours and nearly a dozen different modes instead having to choose from, like, three colours when you bought the lighting strips and live with that choice for the life of your PC. You can go for rainbow waves, static colours, or even base the colours on your machine’s temperature, FPS or current audio output, among many other options.

Installing each of the four 30cm strips is easy, thanks to magnets built into each one. You can easily affix them to metal (coincidentally what most cases are made of), and there’s sticky two-sided tape for non-metallic surfaces. You connect these strips to the control box using a cable, which takes power via a Molex plug and is controlled from your PC via a micro USB cable (which plugs into your motherboard’s USB header).

We’re using the NZXT Phantom 530, which helpfully includes an SSD mount on the back side of the motherboard… and not coincidentally, the same 2.5mm slot fits the Hue base unit perfectly. Installation was simple enough, thanks to the magnetic attachment, with only a single zip tie required to finish the job. 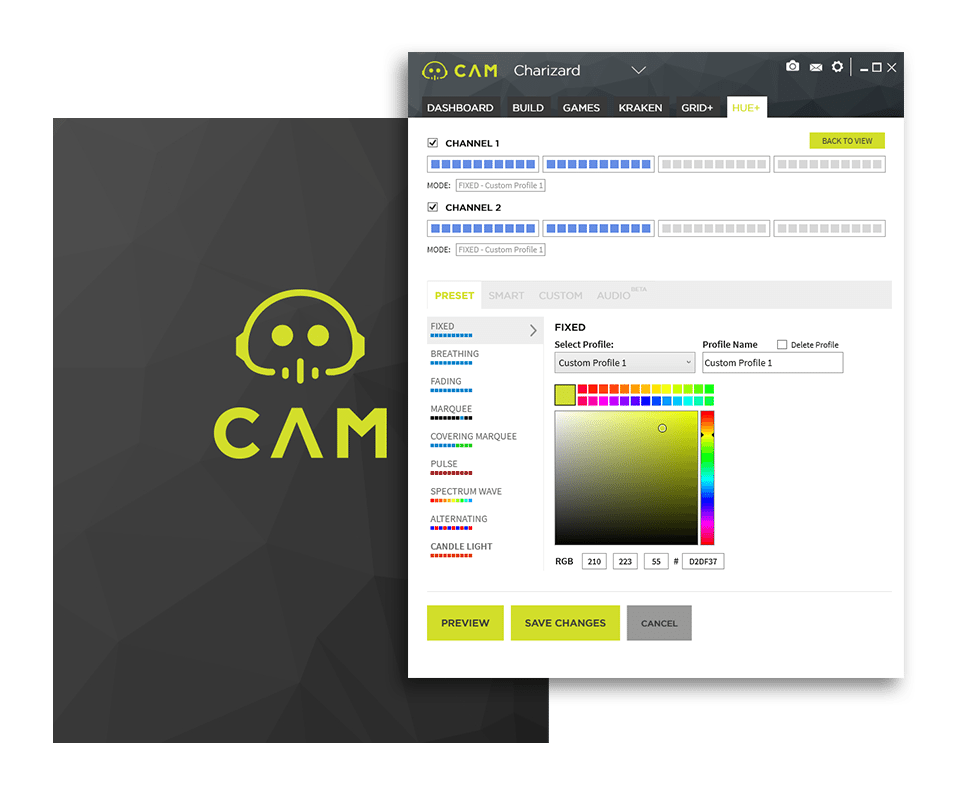 Once you’ve got the strips connected, it’s a simple matter of controlling them via the CAM software. The system is nicely laid out and easy to use, whether you’re swapping between modes or creating your own. The CAM software also provides monitoring of your PC’s temperature and performance, and it also integrates with NZXT’s line of liquid coolers (which we’re using on our system).

The NZXT costs about £50 on Amazon, making it more expensive than simple one-colour strips, but still relatively inexpensive compared to the hundreds of pounds you’re likely to spend on a gaming PC. If your system is already solid and doesn’t need a performance upgrade, then I reckon it’s money well spent. 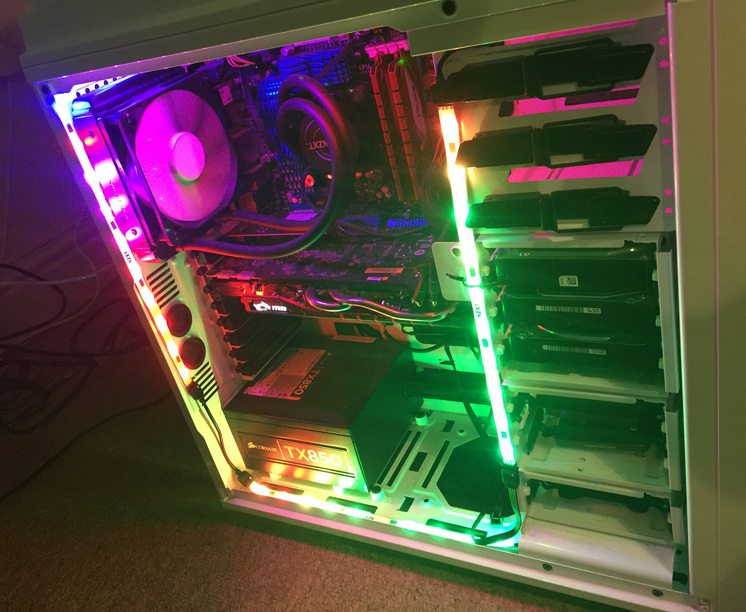 The NZXT Hue+ lighting system is an awesome way to get your PC’s looks to match its performance. The Hue+ is easy to install and fun to use, and while it’s more expensive than simpler static systems, it offers a big upgrade in terms of looks and flexibility. Highly recommended.

See the NZXT Hue+ on Amazon

The Speedlink Parthica is a big hunk of keyboard, complete with gamer-style LEDs on every side and a whole...

Shuttle are well-known for their compact PCs, whether sold as cases or barebones systems. Today we’re...