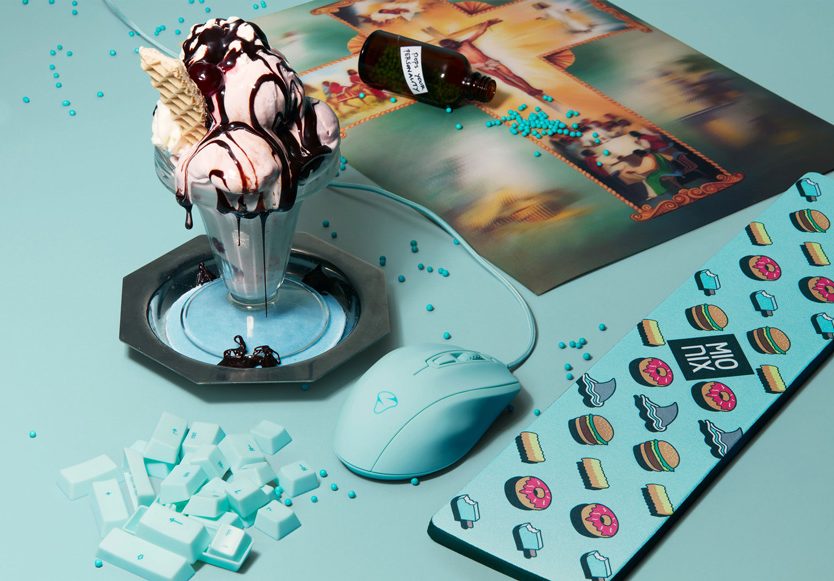 Picture a PC gaming mouse in your head. A big sensor on the bottom, a few extra buttons on the side, and a sleek design replete with LEDs. What colour is it? Probably black, maybe with red or silver accents in places. Now open your eyes, and have a look at Mionix’s latest line of Castor gaming mice. Notice anything different?

Yup, these mice come in colours that aren’t just black or silver. You can choose from a lovely range of creatively coloured gaming rodents with even cooler names: Frosting (Pink), Ice Cream (Blue), French Fries (yellow) or Shark Fin (Grey). We’ve got an Ice Cream in to review — wish I could say that every day! — so let’s get started. 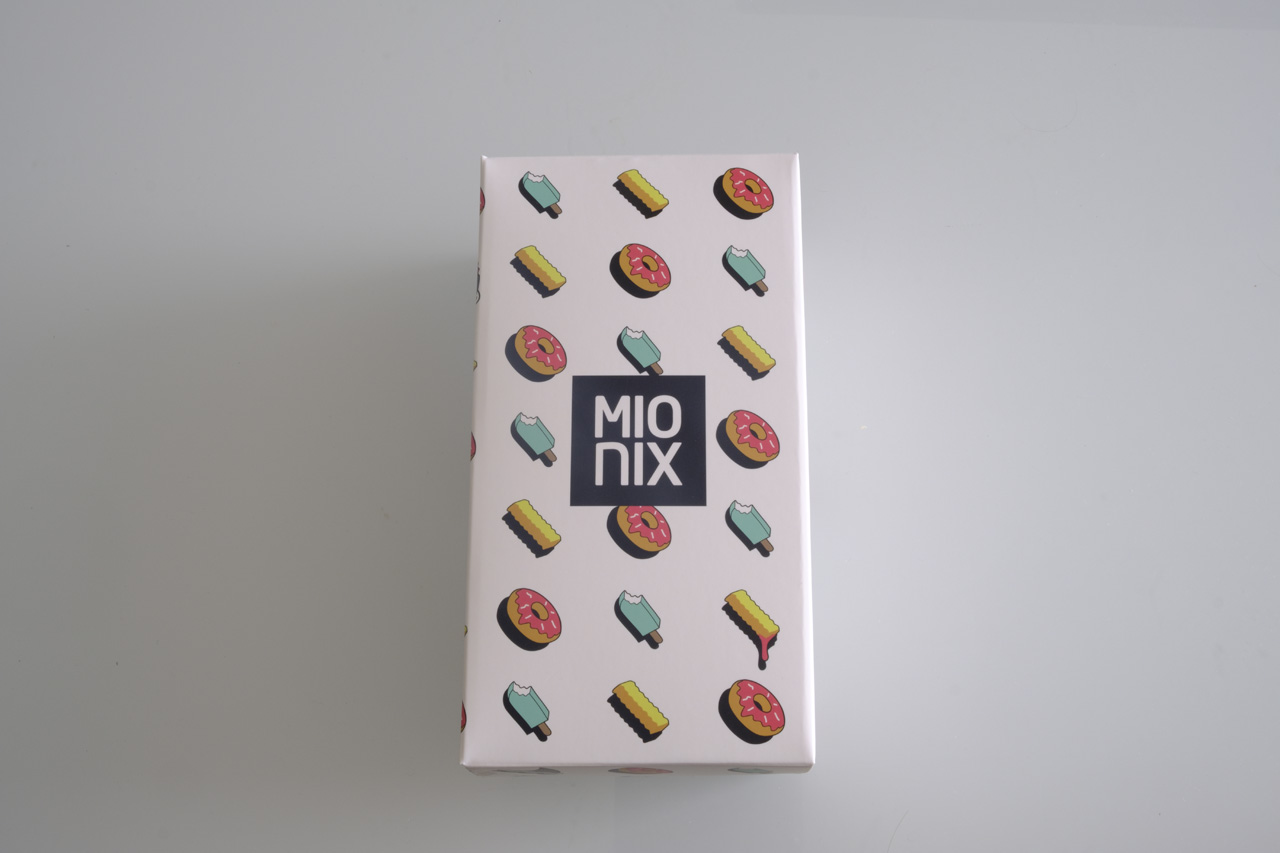 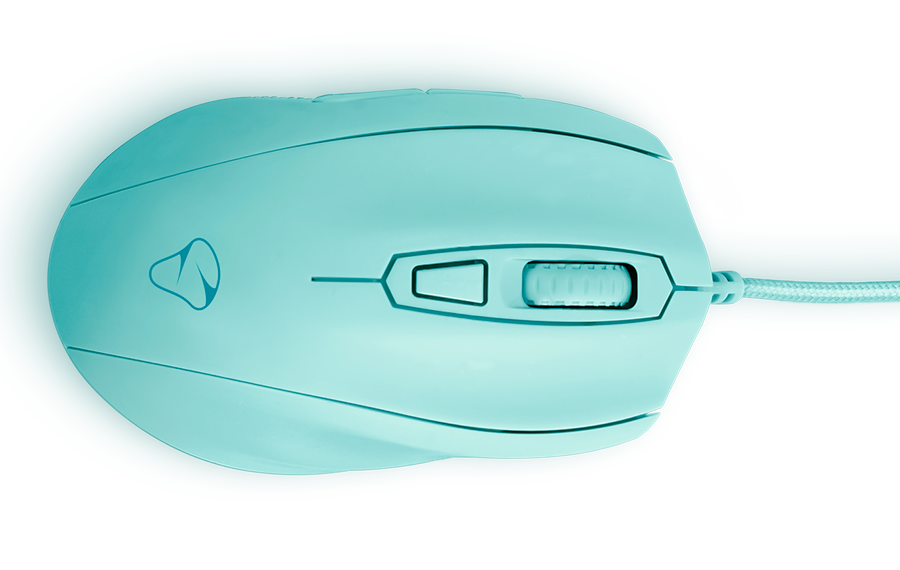 The Castor Color Ice Cream comes in a lovely shade of light pastel blue. I can’t honestly say that I’ve eaten an ice cream of this colour, but I don’t mind — it’s just nice to see a gaming mouse that isn’t black or silver. It isn’t quite as saturated as the press shots depict, but it’s still a nice shade.

It feels as good as it looks too, with a soft touch finish that feels comfortable under your fingertips. 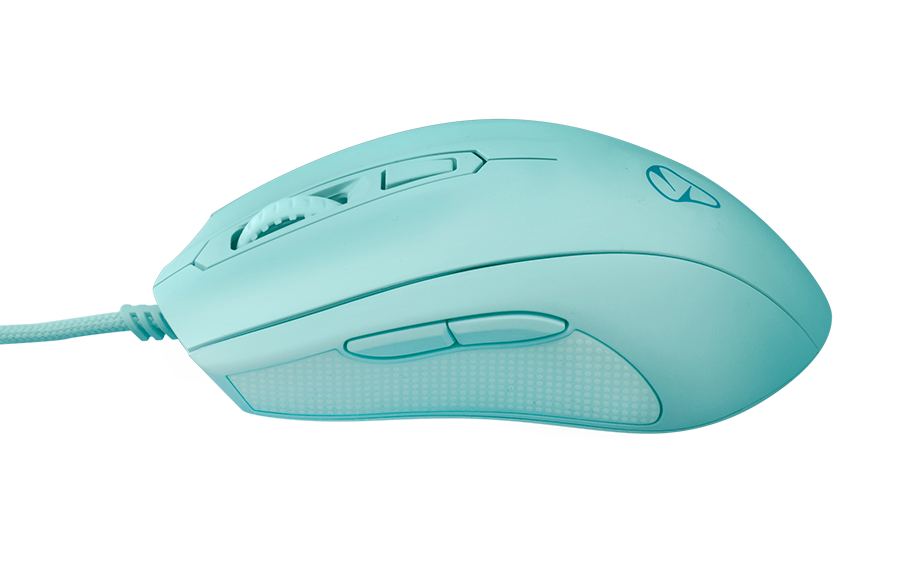 The Ice Cream has the same design as the other members of the Castor family. It’s quite small head-to-toe, just 122 millimetres (4.82 inches), but a little chubbier around the sides than the Fnatic Clutch or SteelSeries Sensei that normally sit on my desk, at 70.5 millimetres (2.77 inches). It’s light too, at just over 90 grams. 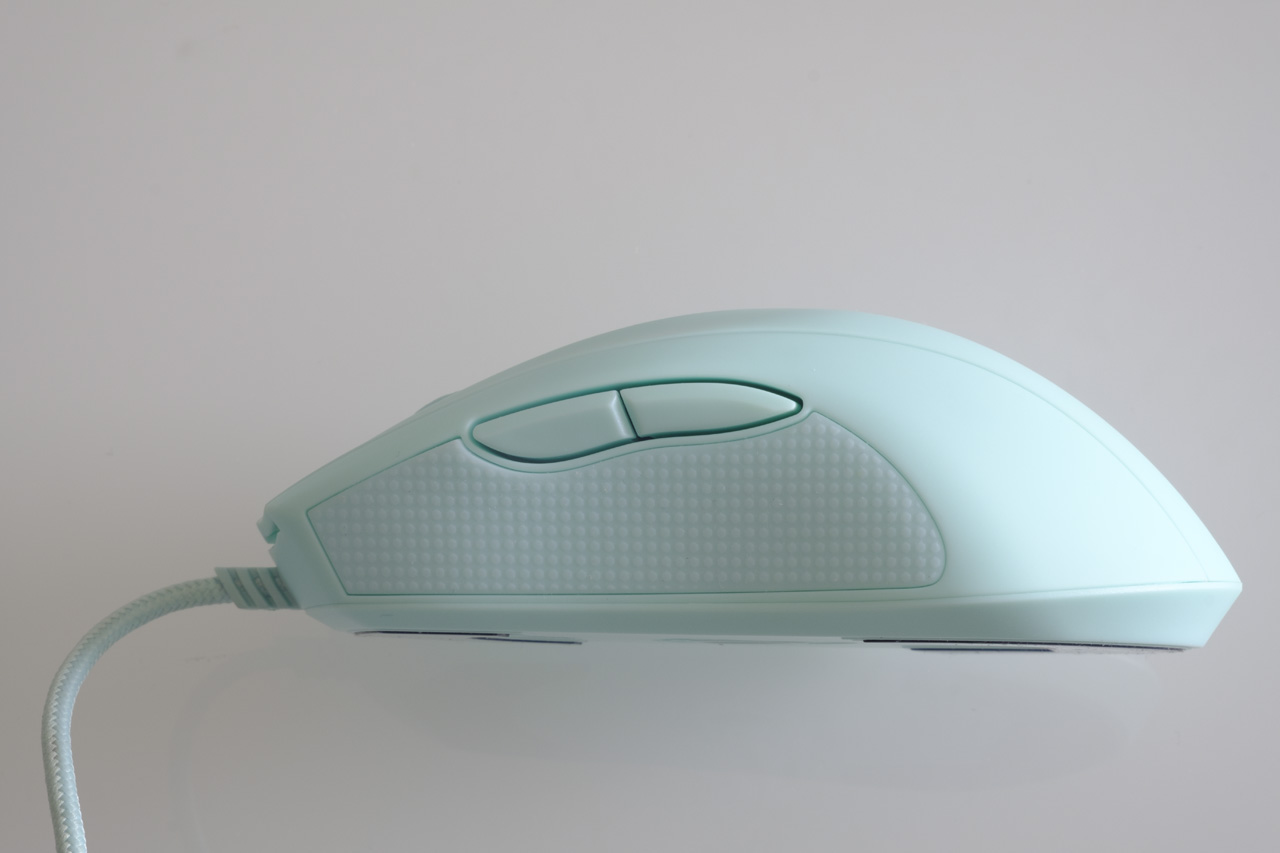 The left side has two easily accessible buttons, sitting atop a dotted texture that provides some extra grip. 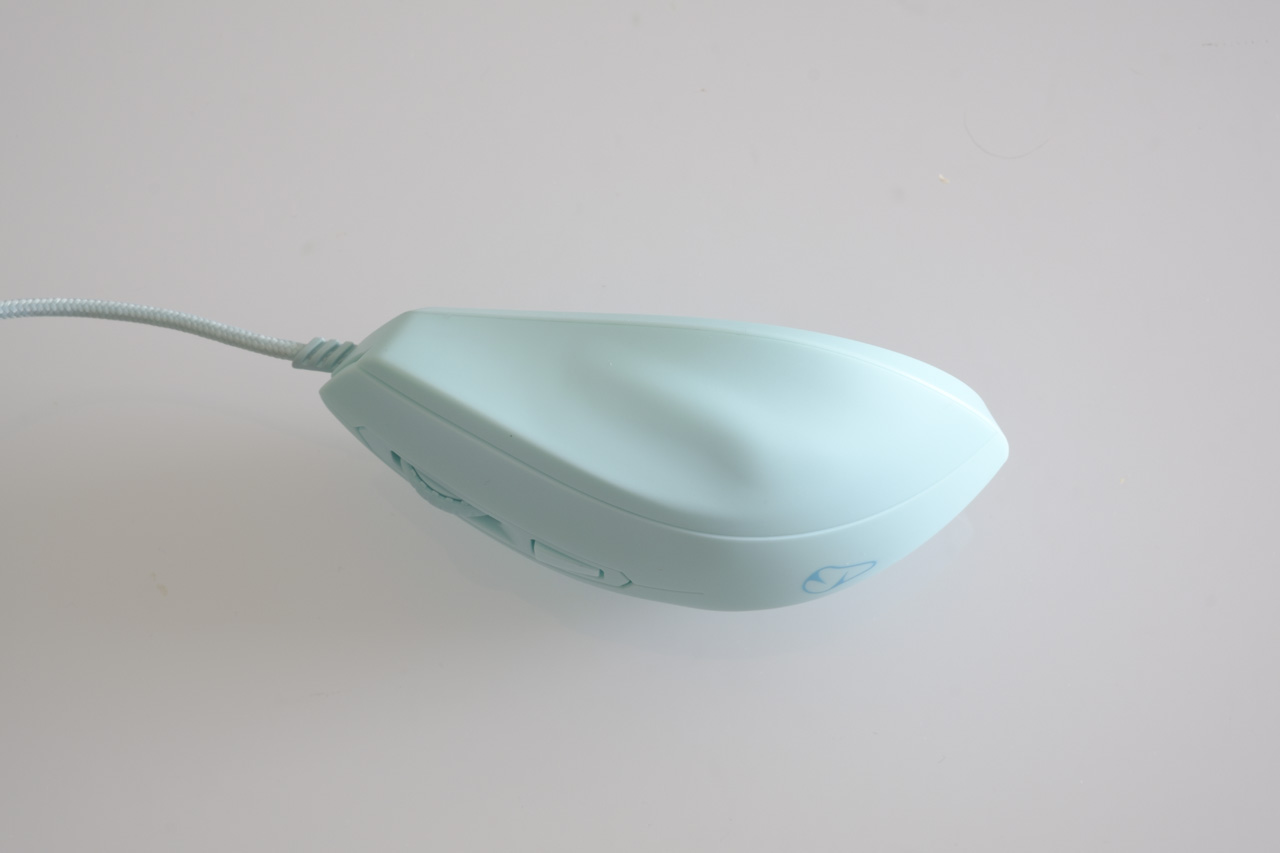 The right side bulges out slightly, allowing the mouse to be raised and replaced more easily — if you’re turning 180 degrees while playing on a low sensitivity, then this is quite important. 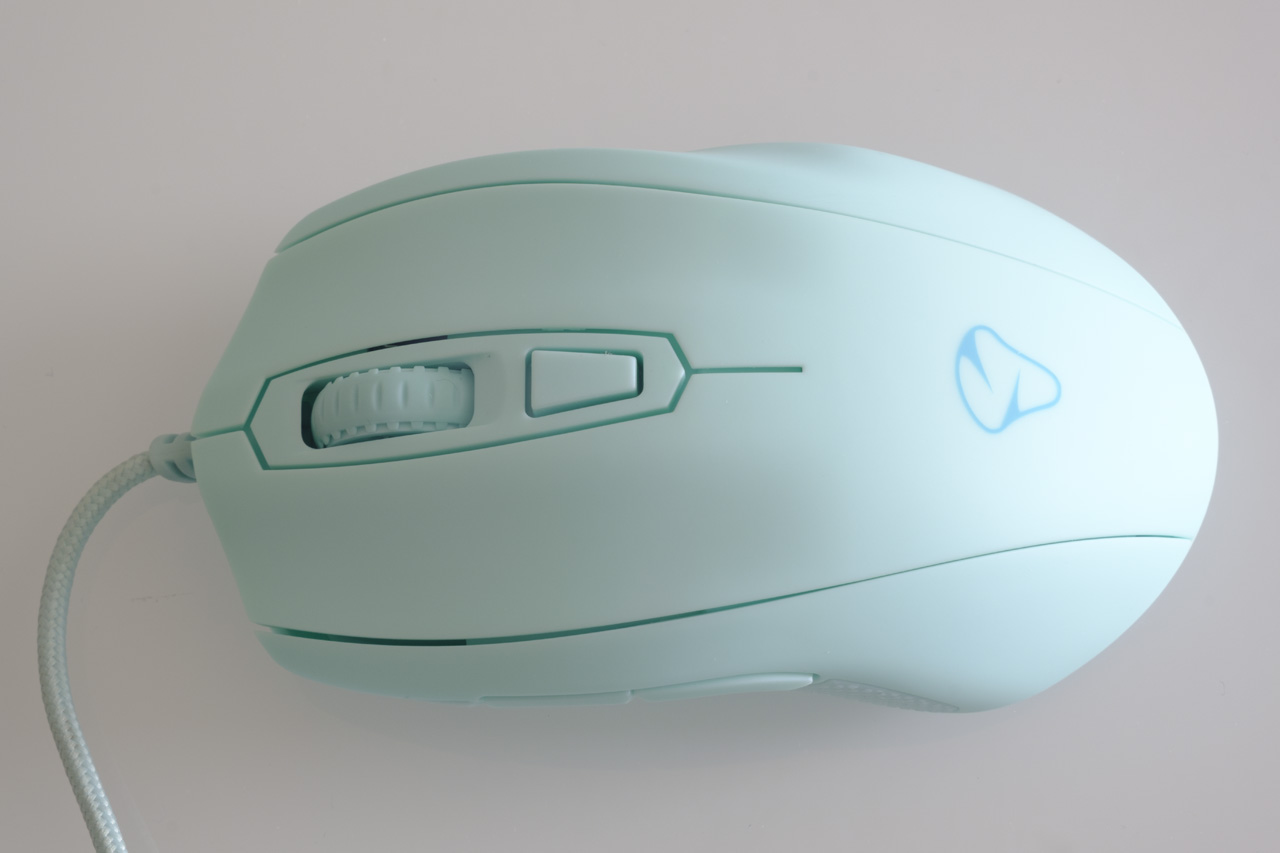 The top of the mouse contains a scroll wheel, which has fairly minimal tactile feedback, but still feels relatively well made. Between the mouse wheel and the user, there’s a button which switches DPI settings. (By default, the mouse is set to just one DPI out of the box, so pressing it will do nothing until you define additional DPI steps in the software.) 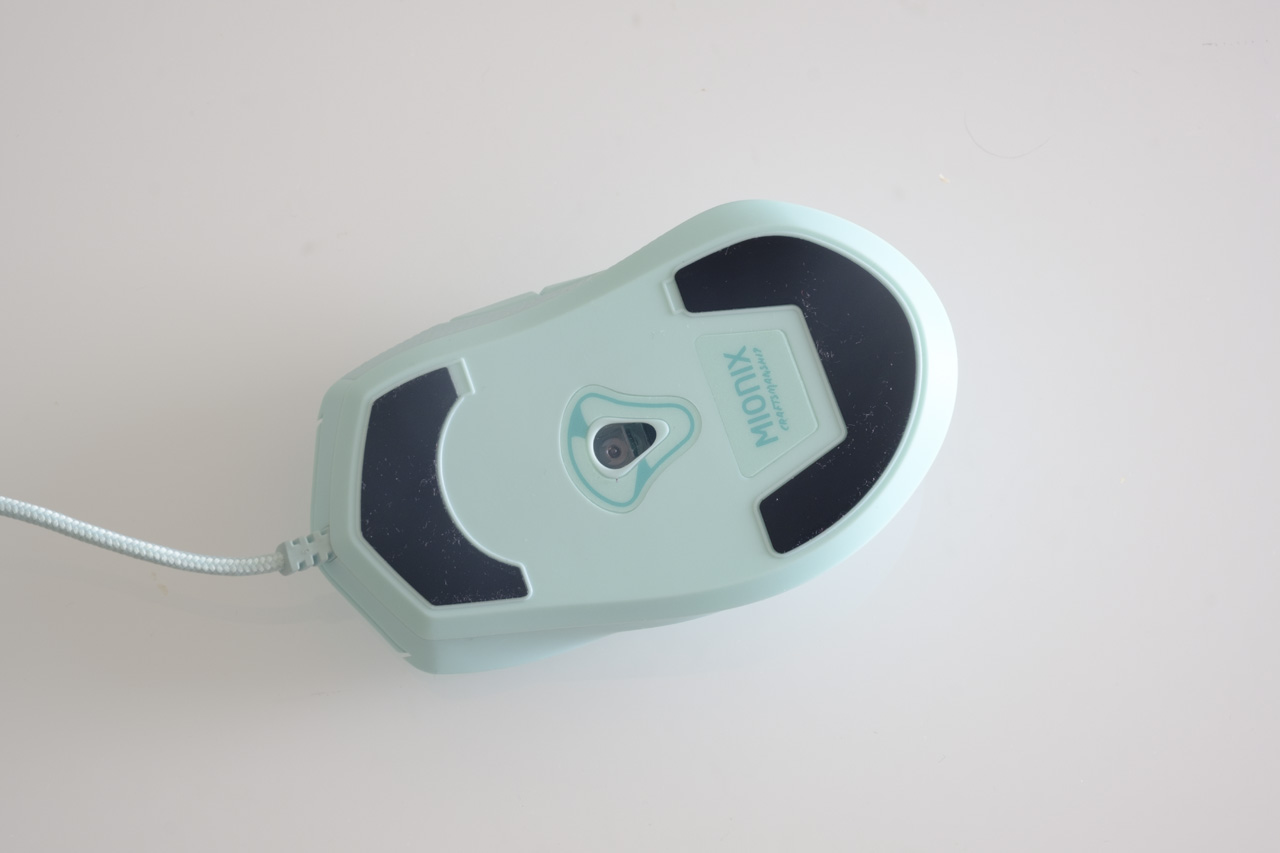 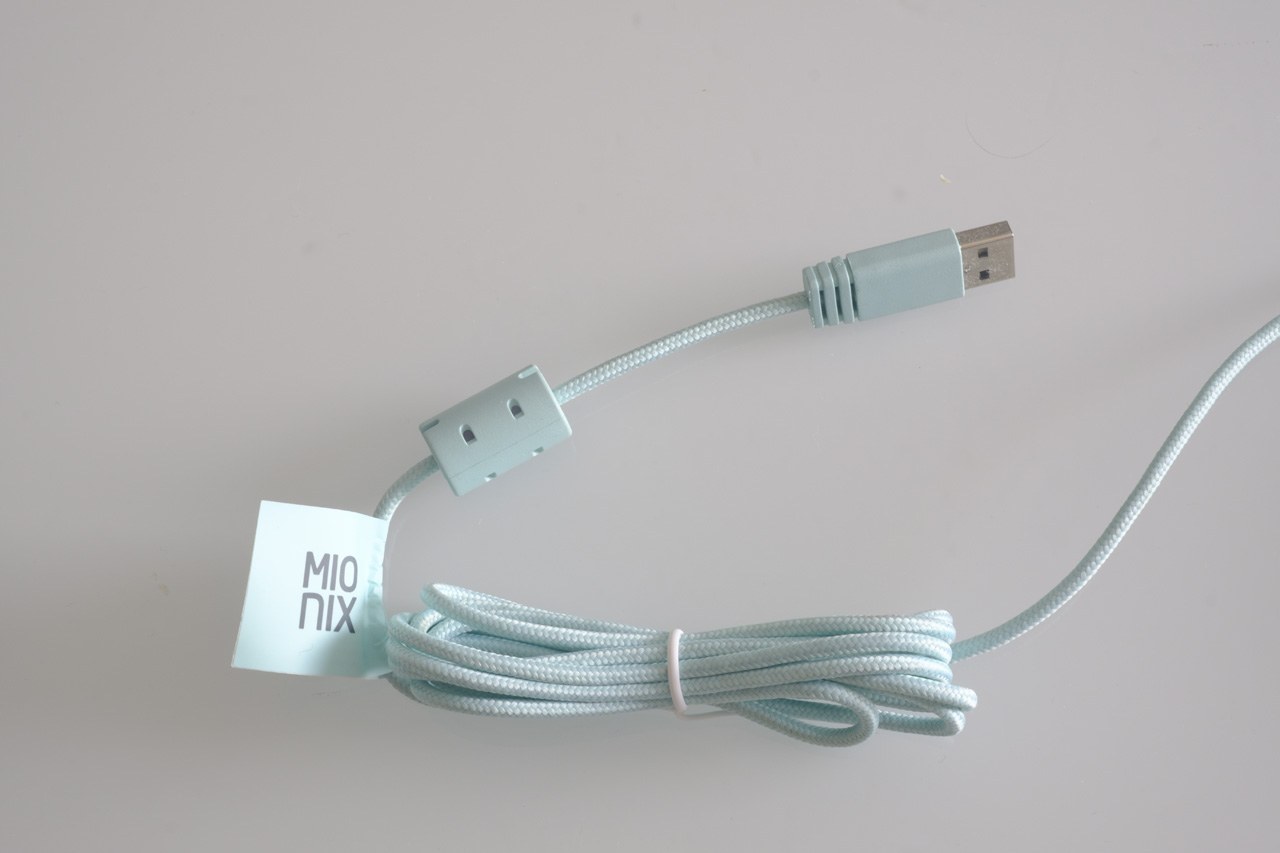 The mouse’s cable is braided and measures about two metres in length, and it’s coloured the same as the mouse: a pale pastel blue. 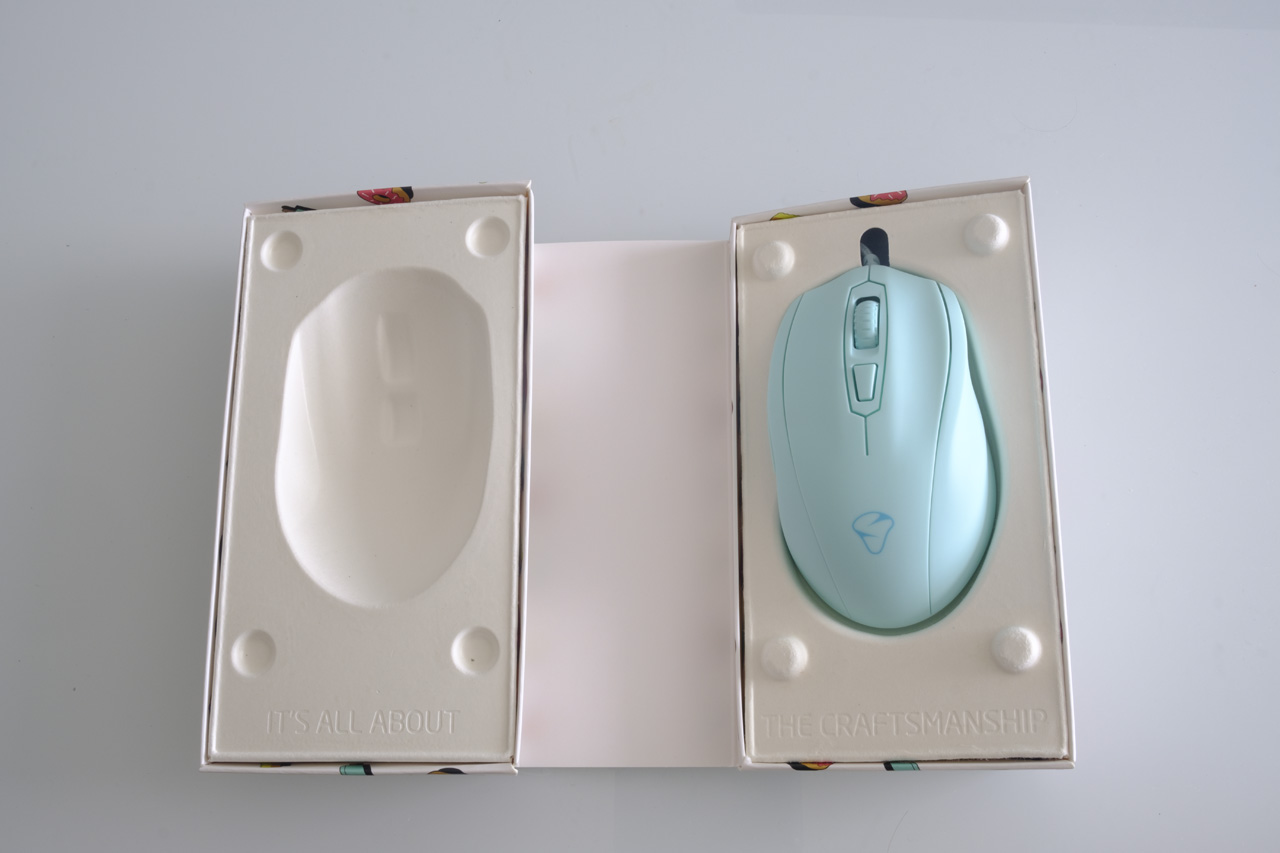 The Castor Color generally feels comfortable in the hand, particularly when using a claw grip. There’s space for your ring and pinky fingers on the right side, the thumb sits nicely on the left, and your forefinger and middle finger are nicely accommodated too.

However, the light weight does make the Castor a little bit weird to use, particularly if you’re used to hurling around a weightier mouse. The Fnatic Clutch I mentioned before weighs the same, but is balanced differently than the Castor so it took me some time to adjust.

The Castor Color comes with new ‘Mionix Hub’ software that I haven’t seen before; I presume it was released alongside the Naos QG. 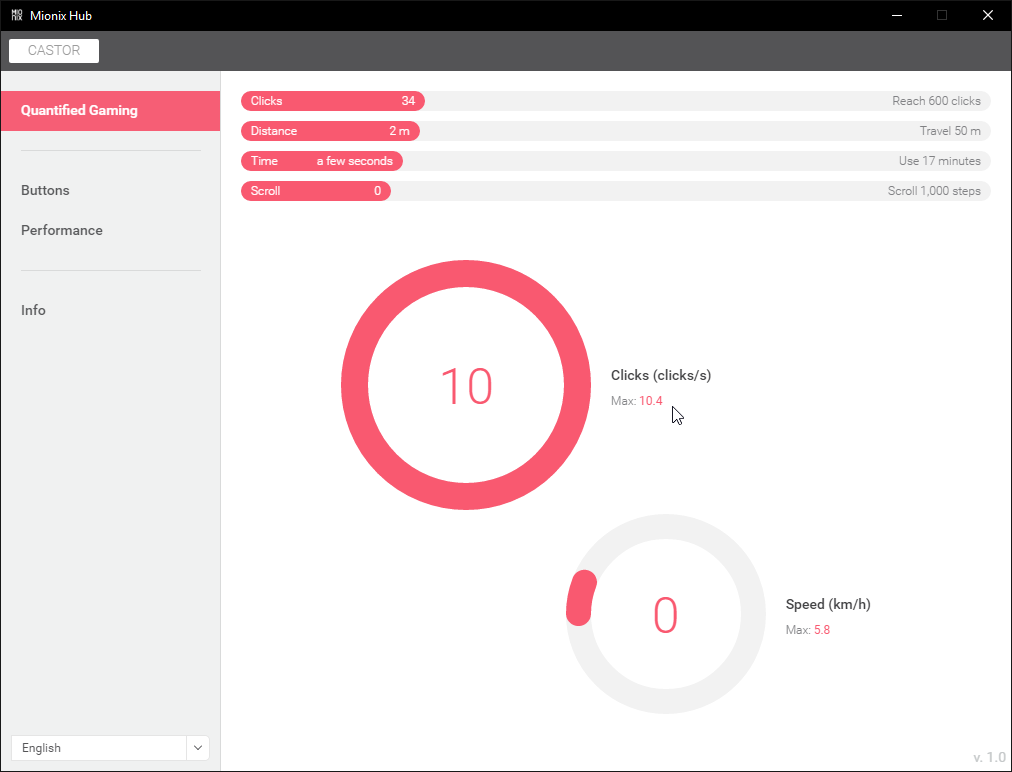 This includes a ‘Quantified Gaming’ section, so you know precisely how many clicks and swipes you’ve performed in an easy-to-read and constantly updated interface — way faster than Razer’s alternative, which takes forever to load. 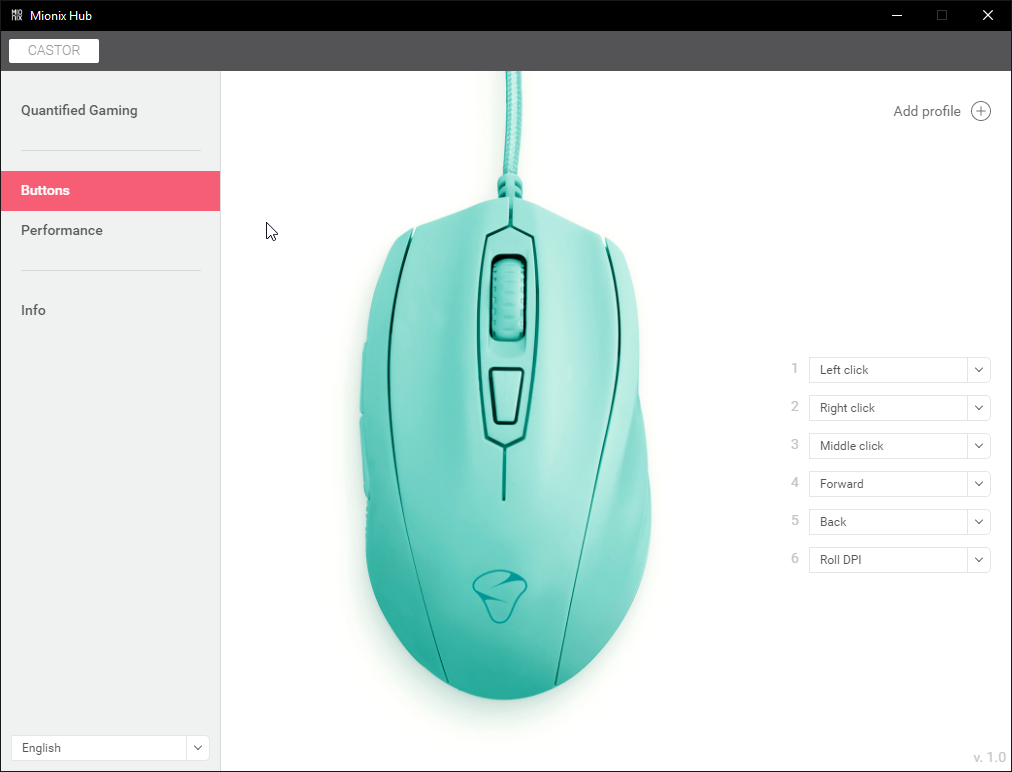 Next up are mouse settings. First, you can remap each of the six buttons to keyboard commands or sequences, to swap between profiles or DPI settings, control your music and all sorts of other things. You can also add new profiles if you want to have different settings for specific games or situations. 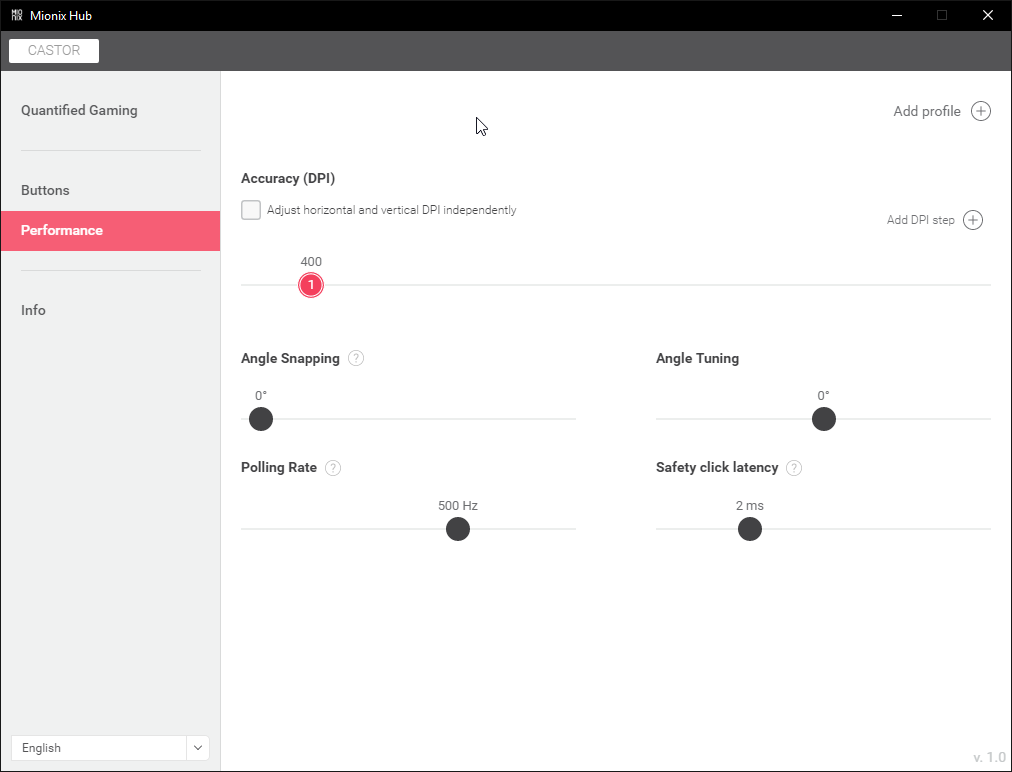 Performance is the next tab. You can choose your DPI setting here, with the option to adjust horizontal and vertical DPI independently. You get just one DPI setting by default, but it’s very easy to add more.

You can also turn on angle snapping and angle tuning if you like, but I wouldn’t recommend it for most uses. Polling rate and ‘safety click latency’, the time in which repeated clicks are discounted, can also be adjusted. 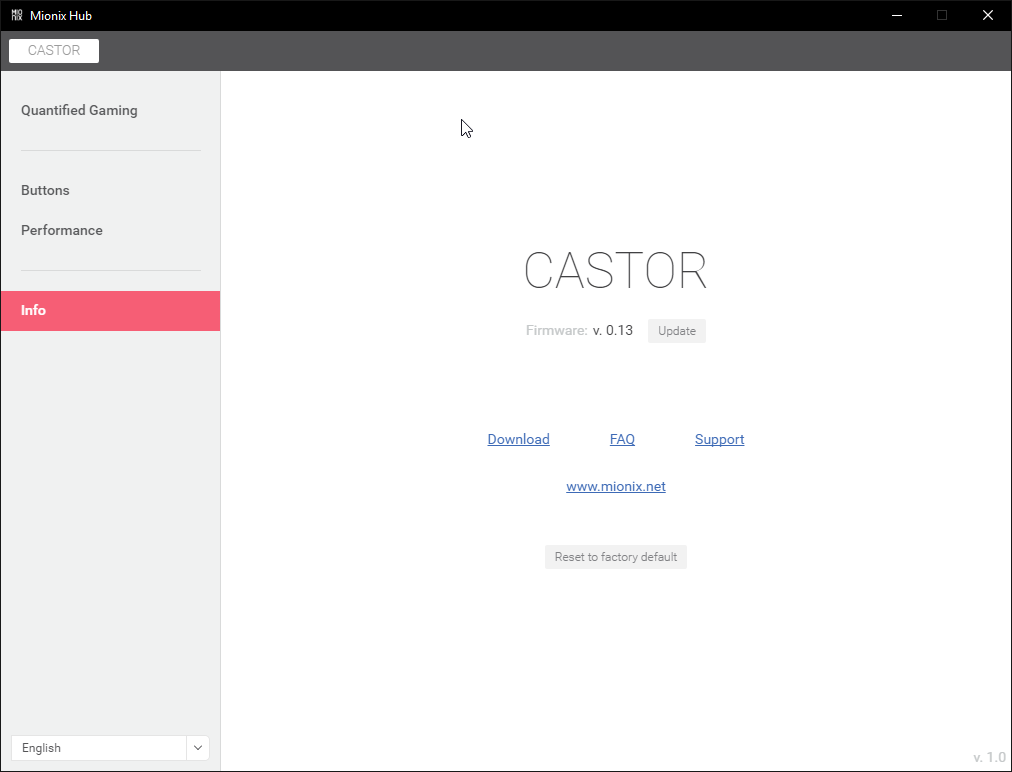 The final tab is info, which links to the Mionix site and allows new firmware to be installed. We updated from 0.13 to 0.15, so it’s worth checking to see if a new version is available.

Overall, I’m a big fan of Mionix Hub. The software boasts a clean design which makes it easy to find what you’re looking for, and loads quickly. It’s way better than the software that originally shipped with the Castor. Nice job, Mionix devs.

I tested the Mionix Castor for two weeks as my primary mouse for gaming and working, including a lot of Counter-Strike, plus Civilization VI and Torment: Tides of Numenera. 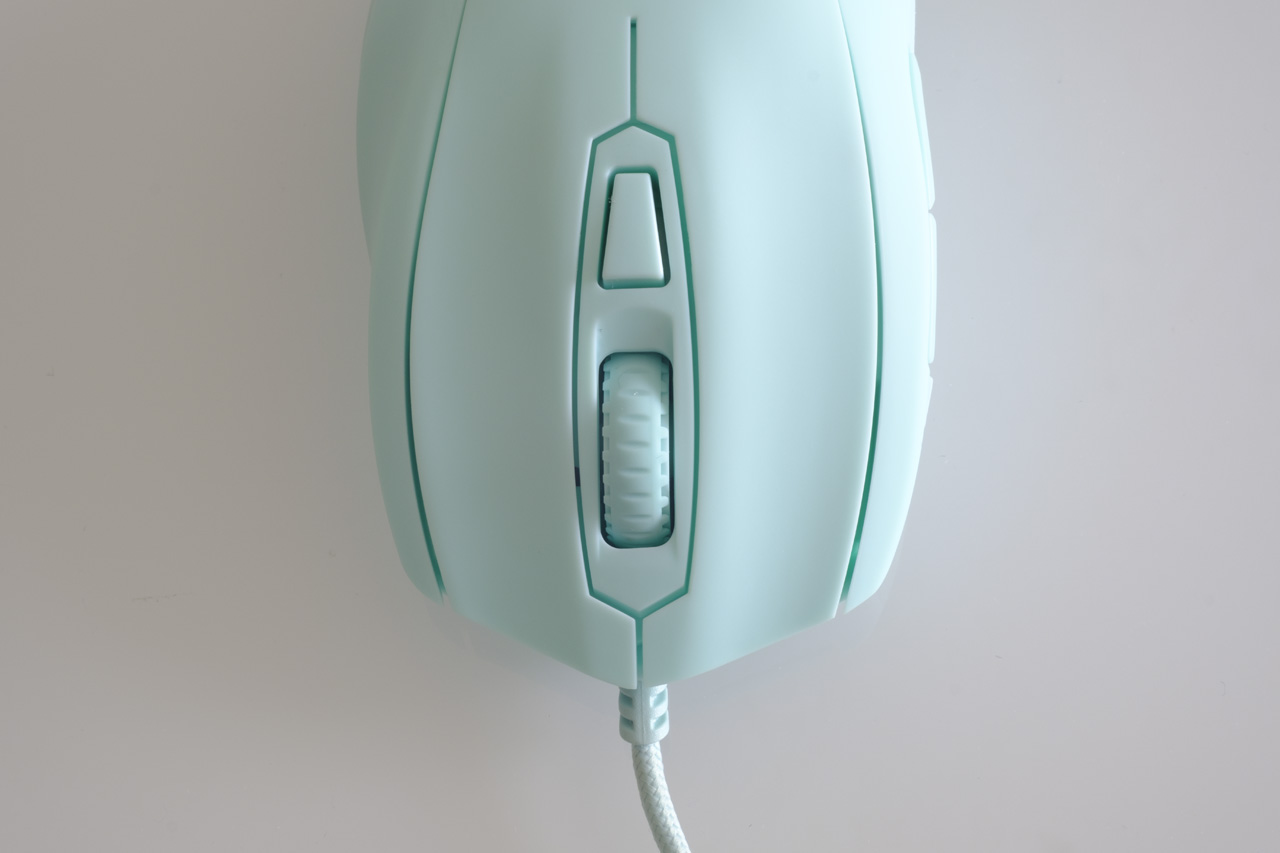 For gaming, the Castor ticked a lot of boxes for me. The light weight, sensible shape and added grip made it easy to shift around accurately, although it felt a little small in my (fairly large) hand. The left and right mouse buttons had a nice clicky sound which provided good aural feedback, and the side buttons were easy to access as well. I had to adopt a bit more of a claw grip than I normally do, due to the short length of the mouse, but it was also possible to use other grip types as well.

After writing the Design section and starting testing, I was able to go straight into Counter-Strike and feel comfortable — normally, I limit my play testing to unimportant deathmatch modes when using a new mouse for the first time, but here I felt happy to jump straight into competitive play. (I had a similar experience with the original Castor two years ago!) 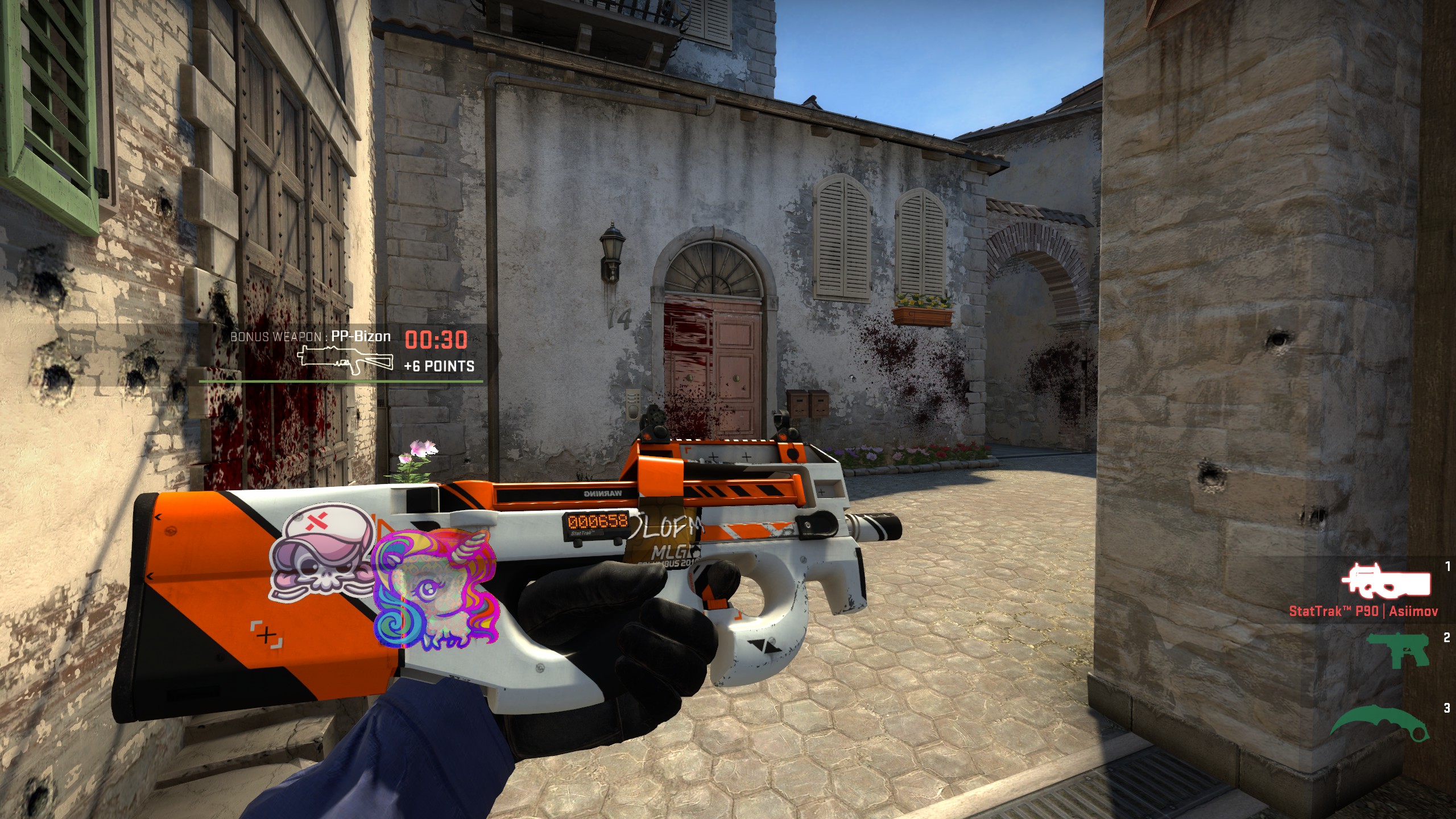 The Castor Ice Cream was also perfectly adequate for work tasks, whether precisely selecting areas of a photo with the lasso tool in Photoshop, or rapidly selecting areas of text while proofreading and editing. As with marathon-style games (e.g. Civilization), I did find it a little less comfortable than the Fnatic Clutch in long-term use, due to the shorter length of the body, but this was only a marginal difference and not a deal breaker.

You can also check out our review of the original black Mionix Castor gaming mouse for additional evaluation of this rodent’s strengths and weaknesses! 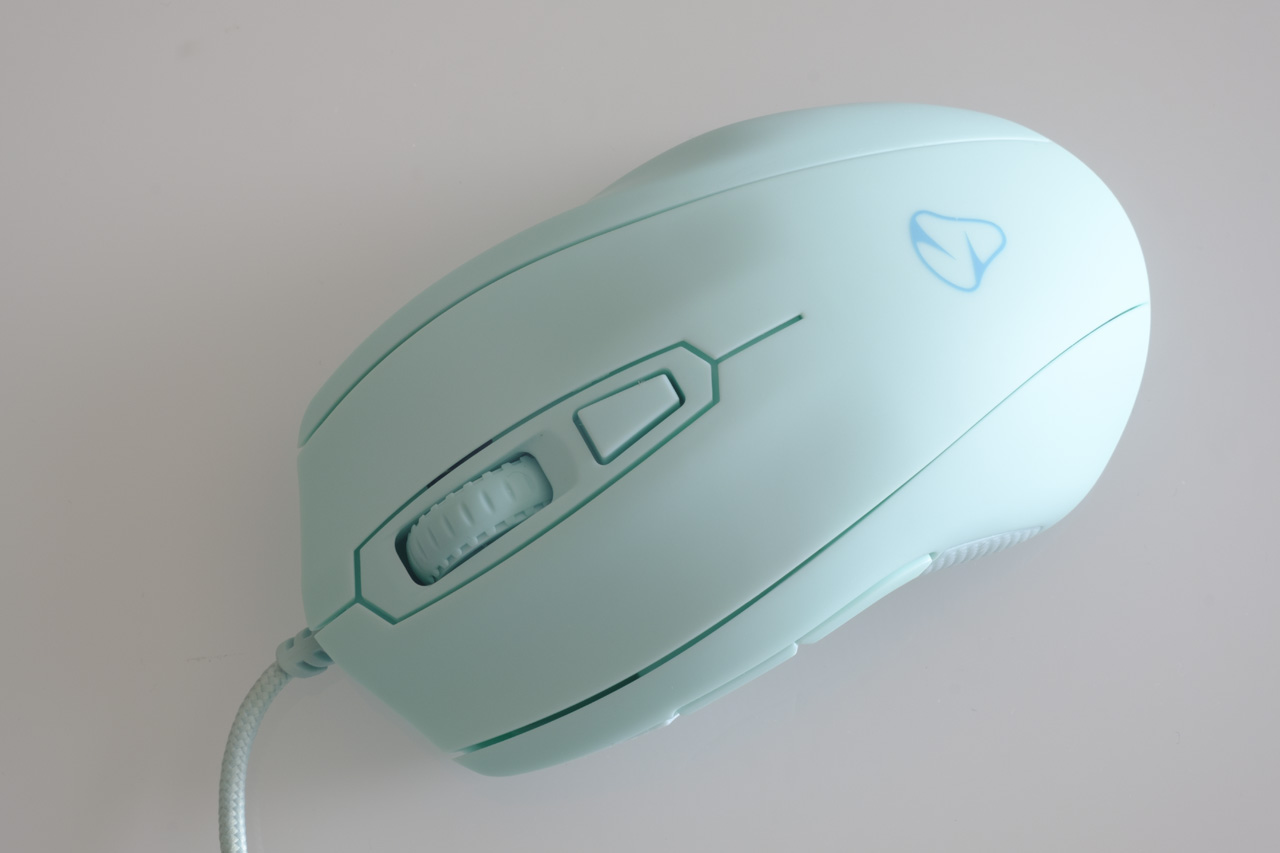 Finally, I should also address the colour of the mouse. The blue body of the Ice Cream model really stood out on a dark mousepad, and proved a perfect complement to a mechanical keyboard with pastel rainbow keycaps. It’s rare for me to get questions about a mouse I’m reviewing, but that did happen with the Castor Color when I used it on the train and at work. It just looks cool, and for me that more than makes up for the lack of LED lighting found on the original black Castor.

The Mionix Castor Color is a stylish mouse that provides the same precision and comfort as the original Castor. There’s a slight premium for choosing one of the four new colours and you don’t get any trendy RGB LEDs, but you do get a mouse that really stands out and is rock-solid to use. To me, that seems pretty worthwhile.

You can find more info about the Castor Color and place a pre-order at the groovy Mionix website.

See the Castor on Amazon 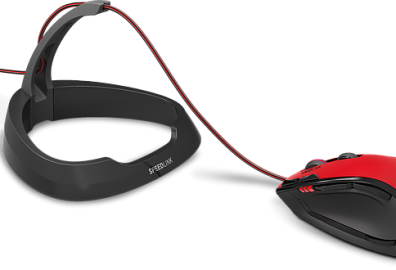 Mouse bungees are a little-known but essential accessory for professional gamers. They hold and elevate your... 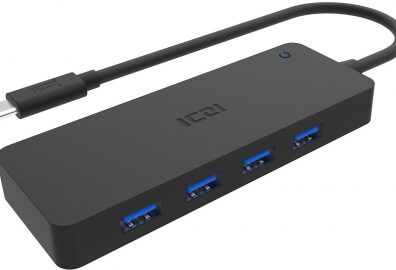 This USB hub from ICZI is a simple way to convert a single USB 3.0 port into four USB 3.0 ports, which...