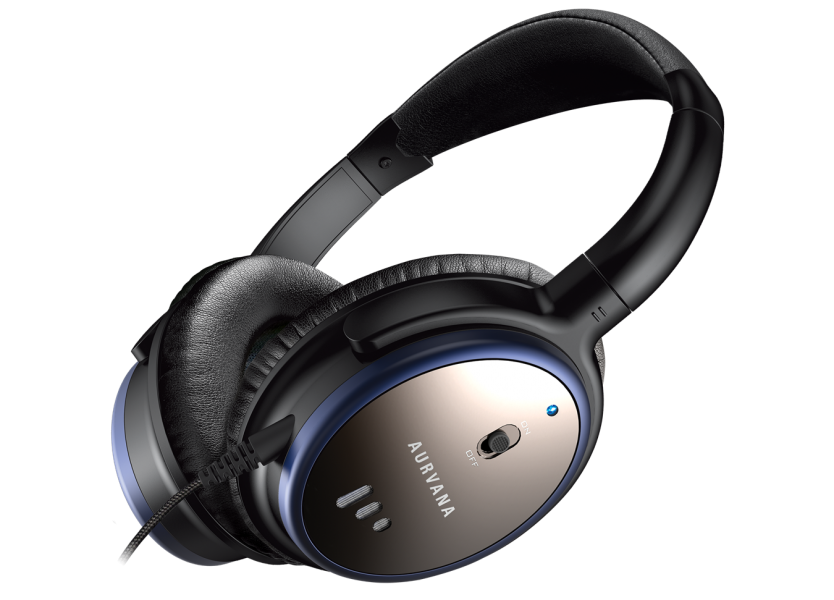 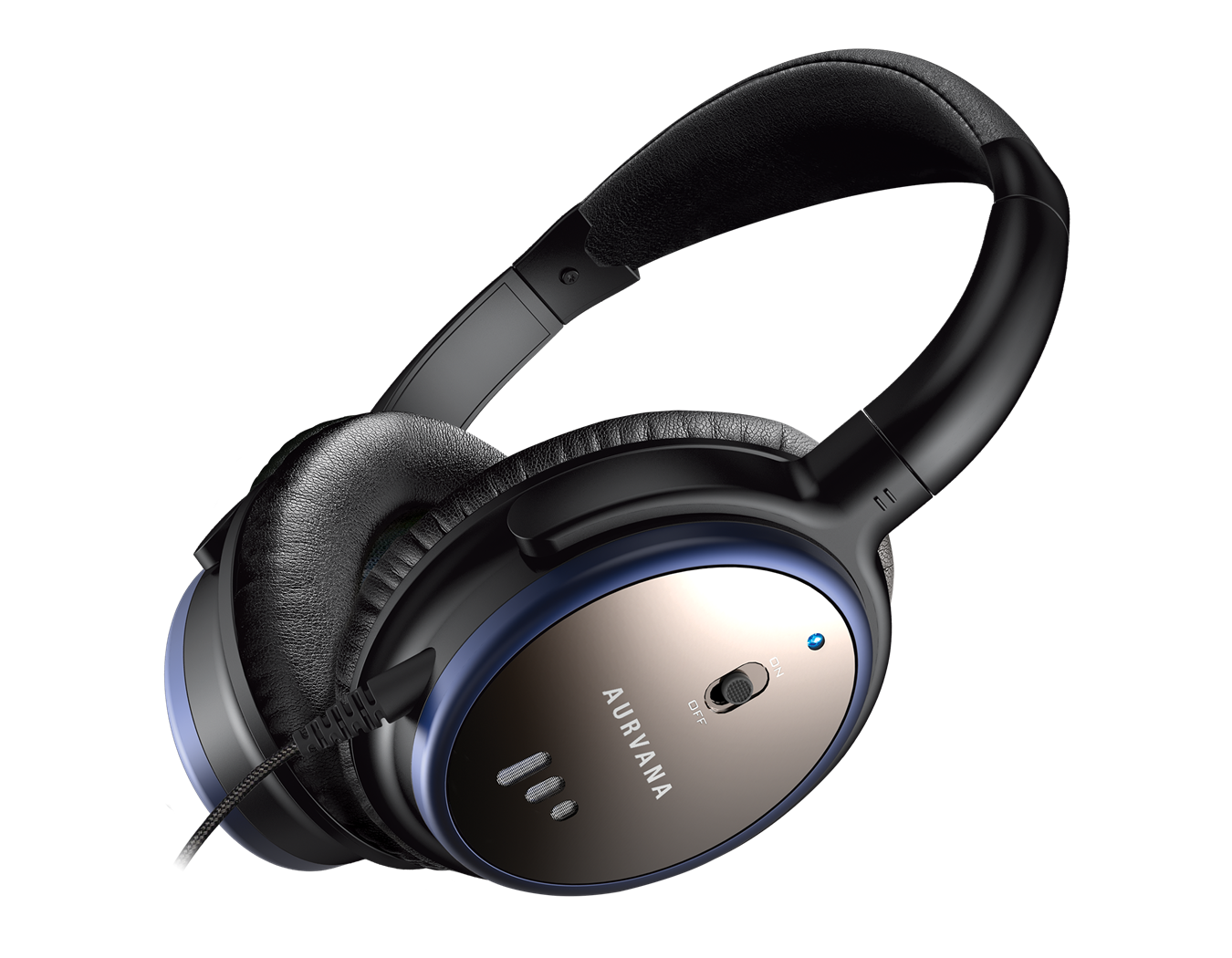 Whether you’re working or just enjoying music, there’s nothing that distracts as much as outside noise. You can get some good noise cancellation out of some well-fitting in-ear headphones, but after a certain point you need something more powerful: active noise cancellation. Today, we’re looking at the Aurvana ANC, Creative’s new active noise-cancelling headphones. Here’s our review.

The ANC system sometimes goes rogue though, providing distracting static beeps that persist until you turn the system off and on again. We also found the headphones uncomfortable after long periods of use, although this is common for the necessarily tight fit. Still, these occasional flaws didn’t stop us from using and enjoying these headphones for days on end.

The Aurvana headphones are handsome, feeling neither cheap nor ostentatious with a black, silver and blue colour scheme. The headphones are fairly light at 195 grams, and feel well constructed and sturdy. 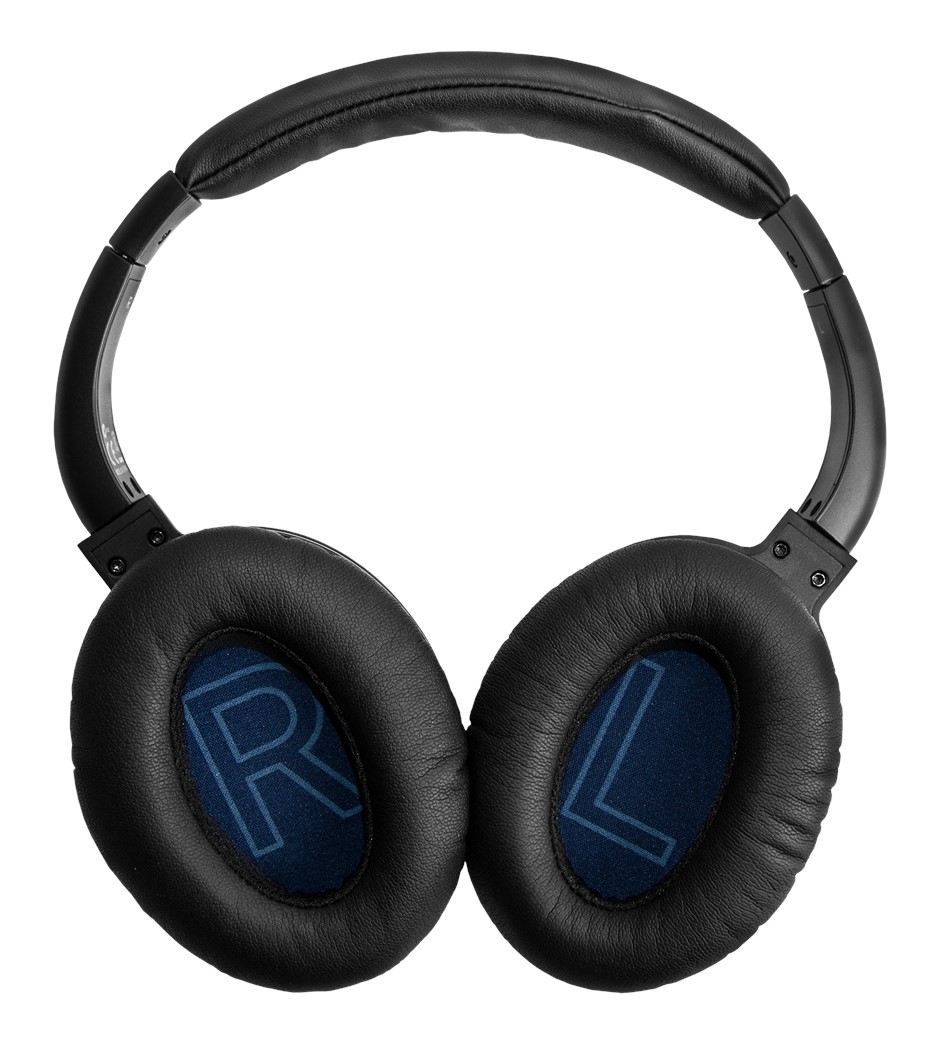 The leatherette earpads envelop your ears, doing an adequate job of sealing off the outside world and passively reducing noise. The headband is quite well padded as well. Inside each earcup, the side (left or right) is indicated.

The active noise cancellation (ANC) system uses a pair of microphones which listen to the world around you, allowing the headset to play back the same sound waves 180 degrees out of phase, thereby cancelling out distracting noise. This works best for low frequency sounds, like the hum of an engine or the whoosh of an aeroplane; it won’t do much about the annoyingly heated conversation going on a few rows down.

The system is activated by means of an on/off switch on the left cup, with an LED indicating when the ANC is active. 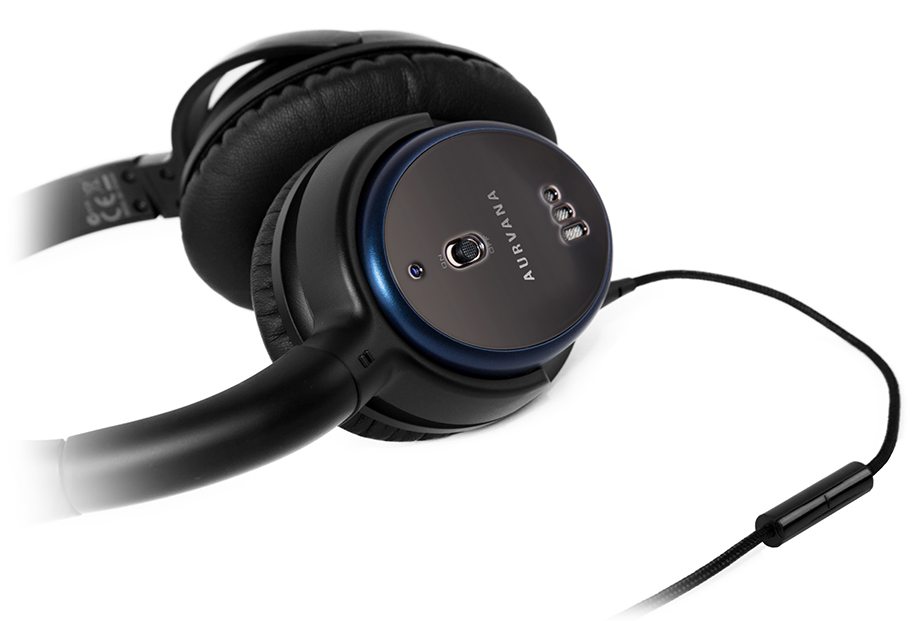 This system is powered by a single AAA battery, which according to Creative provides 40 hours of continuous listening with ANC turned on. The battery is cleverly stashed in the right can, with the cover rotating 90 degrees to reveal the battery underneath.

The Aurvana ANC uses a 3.5mm cable to connect to phones, tablets, PCs and other sound-producing apparatuses. The 1.5m cable is nicely braided, with a long jack on the headphone end and a 90 degree jack on the other.

The cable includes an in-line remote with a single button and a microphone for voice calls. Pressing the button once is play / pause, twice is skip forward, and three times is skip back. Holding the button activates Siri (on the iPhone). It’s a common mapping, and one that works quite well. The only missing control is a volume adjustment.

The headphones come with a hard bag for safe storage. This includes inserts to keep the headphones in the proper position, and there’s a small zipped mesh bag for keeping extra cables, batteries and so forth.

It’s a comprehensive package, and one that meets our expectations at its £100 price point.

In order to give the Creative ANCs a good workout, we used them for a period of about two weeks — for listening to music, podcasts and even a spot of light gaming on the train.

The active noise cancellation worked well, reducing outside noise significantly once it was turned on. Not all noises were reduced — a train engine rumble remained, for instance — but in general, things were quieter and less distracting. The ANC switch on the left cup is easily accessible, so it was easy to toggle the system on and off to get a good grasp of the difference it was making.

The noise cancellation system wasn’t always perfect, though. We sometimes experienced a persistent static beep, the sort of annoying noise you sometimes experience on low-quality VOIP calls. Needless to say, this went against the whole idea of the headphones, and seemed to continue until the ANC system was turned off and on again. We had the same problem on the same train journey twice, so it’s not clear what’s triggering it.

Elsewhere, the headphones performed well. The sound reproduction they provide is quite good; not quite audiophile level, but certainly a cut above your average set of £20 cans. The mid and highs came through clear and bright, while lower tones were a bit lacking — these aren’t ideal for bass-heavy songs. The dependable audio performance was expected given the £100 RRP and Creative’s aural credentials, but it’s good to see the whole budget wasn’t spent on the ANC system at the expense of other components.

The travel case was also a bright point, with the hard case providing excellent protection while travelling. This case is fairly big, taking up a lot of room in your bag, but it’s worthwhile to ensure the headphones make it safely to your destination every time. Given the preponderance of ANC headphones to be used in travel situations, this makes a lot of sense.

It was also nice to see that everything you need is included in the box, including a high-quality audio cable and a AAA battery. There’s no preparation required; you can literally open the box for the first time, take out the hard case within and head out the door.

The only other notable flaw we noticed in testing was the fit of the headphones. This is (necessarily) tight, which made the initial hour-long session feel a bit uncomfortable by its end. Other reviewers who tried the headphones didn’t have similar experiences, so expect this to be a matter of personal preference rather than strict quantitative evaluation.

The Aurvana ANC headphones do their job well, cutting out a good proportion of background noise and allowing your music, podcasts or other audio to come through loud and clear. For working on a train, plane or cafe, they come highly recommended.

While we did find a few flaws, including some disappointing instances of the ANC system adding noise instead of taking it away, these were only momentary and easily fixed by a rapid reset of the system. Comfort was also a point of contention, with some listeners getting sore ears after extended listening periods.

Overall though, the Aurvana ANC are a well-designed and attractive set of headphones with fitting extras, good sound quality and an active noise cancellation system that really works. 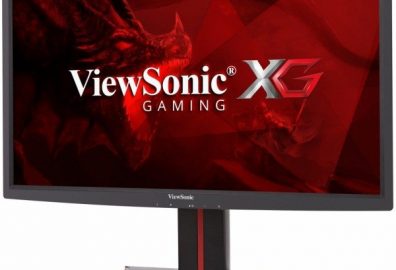 I’ve seen ViewSonic monitors since I’ve been a kid, but I didn’t know that they made... 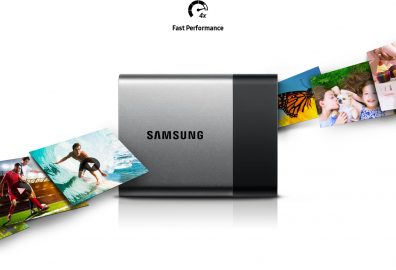 SSDs are awesome, and so is USB-C. What could be better than a combination of the two? That’s the idea...